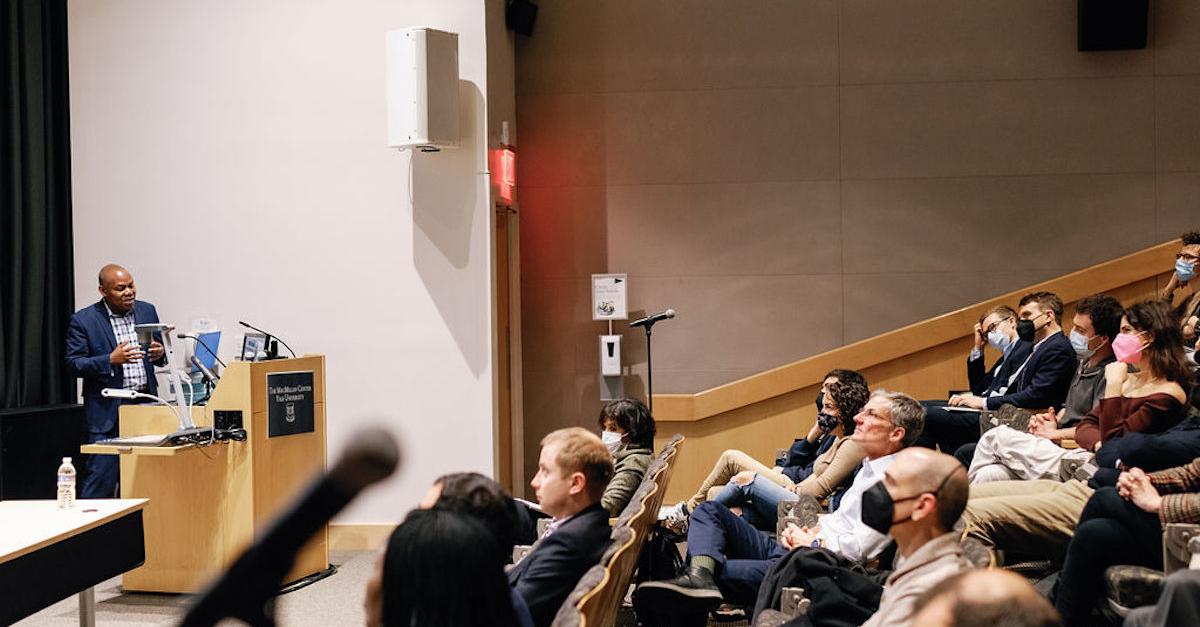 In this lecture, Professor Wantchekon discussed recent research on the role of political institutions in economic growth and development. He focused on the frictions induced by the political process, which allows power to distort economic activities and public investments, and weaken market competition. Finally, Wantchekon outlined institutional reforms that could reduce these distortions, including improving government transparency, antitrust laws, bureaucratic reforms, and campaign finance laws.

Leonard Wantchekon is James Madison Professor of Political Economy and Professor of Politics and International Affairs at Princeton University. He is also founder and president of the African School of Economics and the Pan-African Council for Scientific Research.

Wantchekon’s research focuses on political economy, development economics and economic history with a regional focus on Africa. It also covers substantive topics such as democracy and development, education and social mobility, and the long-term social impact of slavery and colonial rule.

Finally, Wantchekon is a Fellow of the American Academy of Arts and Sciences, the Econometric Society, the Bureau of Development Economic Research and Analysis (BREAD), and a National Bureau of Economic Research (NBER) Affiliate Researcher. He previously served as Vice President of the American Political Science Association and currently serves on the Executive Committee of the International Economic Association.

As part of the 31st annual Kuznets Conference, a mini-conference highlighting the work of young economists was held on Friday, April 1, 2022. Focusing on research related to the political economy of development, Wantchekon designed the agenda and will participate as a keynote speaker.

The next director of economic development named