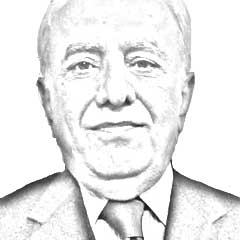 Pakistan was achieved through a democratic movement and considering its territorial makeup or geographical makeup. It could have been maintained by functioning democratic institutions as a federal and parliamentary state with adequate autonomy for its constituent states. The third martial law in the country by General Zia dealt a fatal blow to democracy in the new Pakistan. However, he failed to curb the nation’s aspiration for representative governance.

The fight for the restoration of democracy in the mid-1980s drew the wrath of the junta. Rural Sindh has been on fire for months, witnessing the bloodiest clashes with security forces. Karachi and Punjab remained indifferent to this heroic struggle. The junta had already sown the seeds of ethnic division in Sindh, encouraging and patronizing the Urdu-speaking segment of its population to come together in a mafia-like political organization. The new sons of Karachi amassed heaps of weapons and shamelessly indulged in bloodshed. Ironically enough, the first casualty of their activism was Karachi’s peace, quiet and tolerance.

Their violent struggle for political clout and ensuing turf war witnessed the brutal murder of prominent figures including Hakeem Muhammad Saeed. The post-1988 governments brought no respite to Karachi or any improvement in the living conditions of the poor and instead engaged in their desperate struggle for survival. Civilian presidents were breathing over their necks with draconian powers under the Eighth Amendment. They have used these powers ruthlessly to send home civilian governments accused of corruption and incompetence.

We have become accustomed to highlighting our small successes and finding scapegoats for the big failures.

The overthrow of the government of Mian Muhammad Nawaz Sharif by General Pervaiz Musharraf in 1999 heralded a new political chicanery with a sham democracy and powerless prime ministers. After the 2002 elections, the metropolis of Karachi, out of political expediency, was handed over to the MQM to support the federal and provincial governments in Islamabad and Sindh. The party, weakened by previous security operations, quickly regained its organizational strength, its street power and its militant prowess at the risk of the peace and tranquility of the Metropolis. They remained the uncrowned king of the city, controlling it in a fascist fashion. They continued to have that privilege and power through successive Central and Provincial PPP governments holding this vibrant city hostage to their whims. Under frivolous pretexts, their young bikers could arrest him in minutes, harming the country with billions in economic losses. No one at the head of state affairs would worry about this harm to the country and the harassment of the population of the Metropolis.

The general ruled the country for a decade, wreaking havoc with the constitution and the judiciary. Under pressure from his Western allies, the general struck a deal with PPP leader Muhtarma Benazir Bhutto ending his corruption deals abroad in return for a political partnership. Muhtarma Benazir did not see the dawn of democracy. His life was cut short by enemies. We’ve had a hybrid democracy since 2008 with ebbs and flows in choppy waters. The stock of leaders we have is incapable of strengthening democratic institutions and finding balance in the chronically strained relationship between civilian governments and military commanders.

The people of Pakistan harbored aspirations for the development of the country into a modern, moderate and progressive state, aspiring to a political system in which the rule of law, merit, equality before the law, freedom of profession and faith and freedom of expression and assembly would reign supreme, with representative governments committed to political and democratic standards, honesty, social justice and economic equity. Their dream is not yet realized.

Who would not feel pain and grief intensely if human rights violations were rife and enforced disappearances continued unabated in their country? Who would be happy to see religious intolerance take on xenophobic proportions? corruption and violence become rampant and education in public schools, colleges and universities nearly collapses? Population growth is galloping and unbridled. Urban and rural areas lack basic human needs while the economic gap between haves and have-nots is widening. More than 65 percent of arable land is held by a small number of owners, leaving 50 million peasants to live on crumbs dividing up the remaining 35 percent of the land. What aspect of the above can soothe weeping eyes and bleeding hearts?

We have many positive achievements that contrast with the catalog of our failures. We have made good progress in infrastructural communication, technological and industrial development, defense technology and prosperity in the upper echelons of society. All of these accomplishments in 75 years pale into insignificance when compared to our monumental national failures. We have become accustomed to highlighting our small successes and finding scapegoats for the big failures. We have not yet decided whether we are going to have a theocratic, garrison or democratic state in Pakistan. The seizure of state power and resources by the elite has made the lives of more than 70% of the 220 million people miserable. We are once again caught in an insoluble political impasse which is shaking the very foundations of the country. It is no less dangerous than the turbulent events of 1970, 1977 and 1999. Strained civil-military relations seem to be at the heart of this turmoil. The whole nation is gripped by fear and uncertainty. The foreign aid economy is collapsing. The gravity of the situation compelled the military leader to put aside all pretensions and use his influence with friendly states for a financial rescue.

In such a political impasse, democratic regimes or wise nations resort to the electorate. But we don’t have a proper democratic regime or wise rulers. The ruling coalition fears heavy electoral losses and is trying to discredit its political opponent. We all know from experience that disqualifying popular leaders and banning political parties on flimsy grounds have all failed. Our leaders do not care about past experiences.

The nation celebrates the 75th anniversary of independence in awe and fear.

The author was a member of Pakistan Foreign Service and he is the author of two books.

Does sports betting in Georgia have a new life?