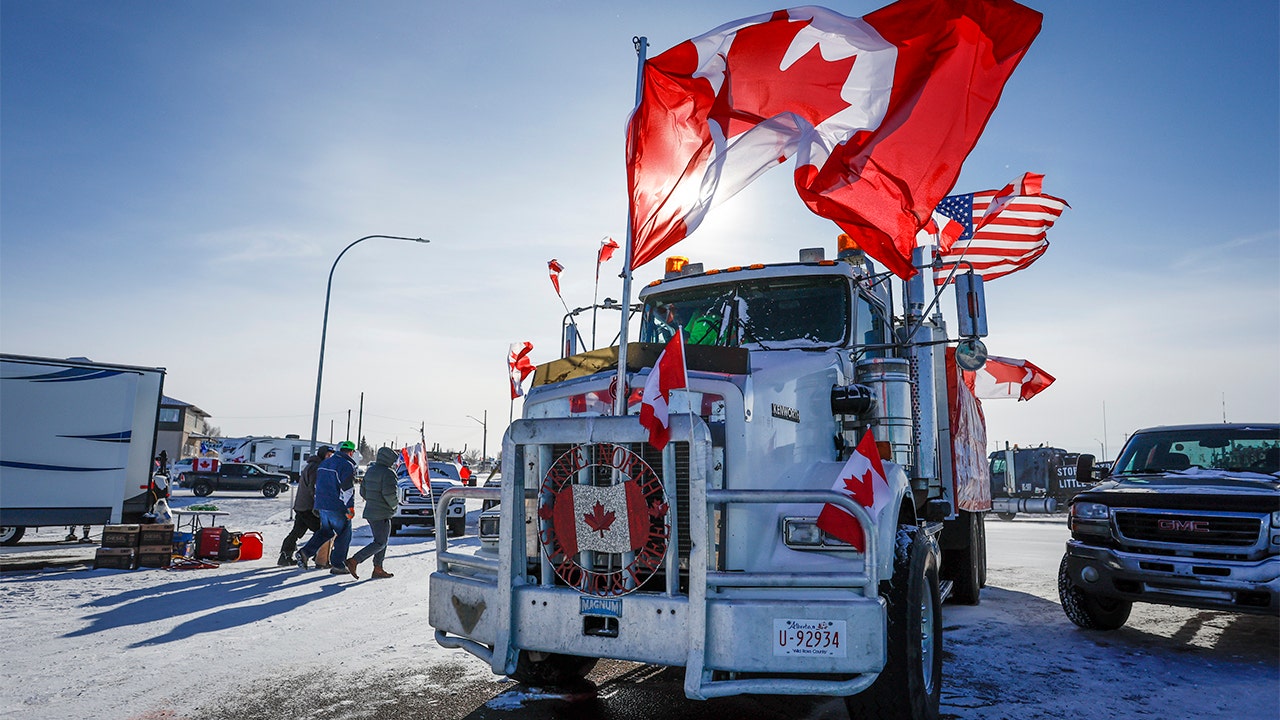 Canadian Truckers Demonstration: A Day in the Life

Canadian entrepreneur Danick Venne says he joined the Freedom Convoy protests in Ottawa to help serve food, pick up trash and “give everyone love”.

In the early hours of Friday morning, Ottawa’s Ambassador Bridge was quiet, with few people in sight. Instead, the dull hum of tractor-trailers gently shook the streets surrounding the Parliament of Canada.

The Freedom Convoy has grown in strength and numbers since the movement began nearly three weeks ago by Canadian truckers protesting the country’s COVID-19 vaccine mandate.

“One of the biggest reasons is for the kids, and also for all the injustice that we’ve been through for the past two years,” protester and entrepreneur Danick Venne told FOX Business’ Jeff Flock.

“I’m sick of people trying to tell me they can vaccinate my children without my permission,” added a truck driver named David. “I’m sick of them canceling school when there’s no reason for it.”

David said the campaign is more important than truckers’ rights: “We haven’t even started talking about the carbon tax killing the trucking industry.”

FOX Business’ Jeff Flock interviews a Canadian trucker who says the Freedom Convoy movement is about more than just truckers.

Although not a truck driver himself, Venne said he traveled to volunteer for the cause, providing security, food, coffee, fuel, even helping to build a large wooden podium so voices can be heard loud and clear.

“I come here and I volunteer and I bring help and love to everyone,” Venne said, standing in front of red and white painted signs that read “Canada Loves Truckers,” “Freedom Heroes” and “One Love”.

“Whenever I have free time, I will help out,” he continued. “I’ll serve coffee if I can, or whatever I’ll do to help.”

Another group of non-truckers joined protesters in serving hot food on closed Ottawa roads, further testifying to the outpouring of community support.

“We asked an officer to donate $600 worth of food,” one of the men said. “Ridgetown Tim Horton’s has supported us with Tim Cards to give out to people.”

While the Freedom Convoy protesters share a passionate community spirit, their continued blocking of bridges is beginning to create economic problems.

Ford and Stellantis, Chrysler’s parent company, say the four-day stop on the Ambassador Bridge, which connects Detroit to the city of Windsor, Ontario will add more problems to an already strained supply chain.

The disruptions have even forced Ford to reduce shifts at some of its US and Canadian plants.

“This Detroit/Windsor Bridge disruption is hurting customers, autoworkers, suppliers, communities and businesses on both sides of the border who have already been experiencing parts shortages for two years as a result of the global semi- drivers, COVID and more,” Ford said. FOX Business in a statement Thursday.

“We hope this situation will be resolved quickly as it could have a widespread impact on all automakers in the United States and Canada,” the company continued.

But the future of the Freedom Convoy remains uncertain. An Ontario court on Thursday froze millions of dollars in the GiveSendGo account of “Freedom Convoy 2022” on Thursday which had raised more than $10 million in donations.

The Associated Press also reported on Friday that the Biden administration had urged Canadian Prime Minister Justin Trudeau to use federal powers and end the standoff.

GET FOX BUSINESS ON THE ROAD BY CLICKING HERE

FOX Business’ Jeff Flock reports from Ottawa, Canada, where officials are warning that trucker protests are beginning to impact the supply chain.

Freedom Convoy lead attorney Keith Wilson called Trudeau out for calling protesters “Nazis” and a “marginal minority” on Wednesday in “The Evening Edit.”

“It’s troubling that our nation’s prime minister is now characterizing hard-working Canadians, who during COVID, delivered critical food and supplies, and put themselves at risk regardless of the risk imposed,” Wilson said. . “And now, all of a sudden, out of political expediency, it’s characterizing these hard-working truckers trying to protect their Charter rights.”

Breck Dumas of FOX Business contributed to this report.

How to make the most of internal and external digital skills