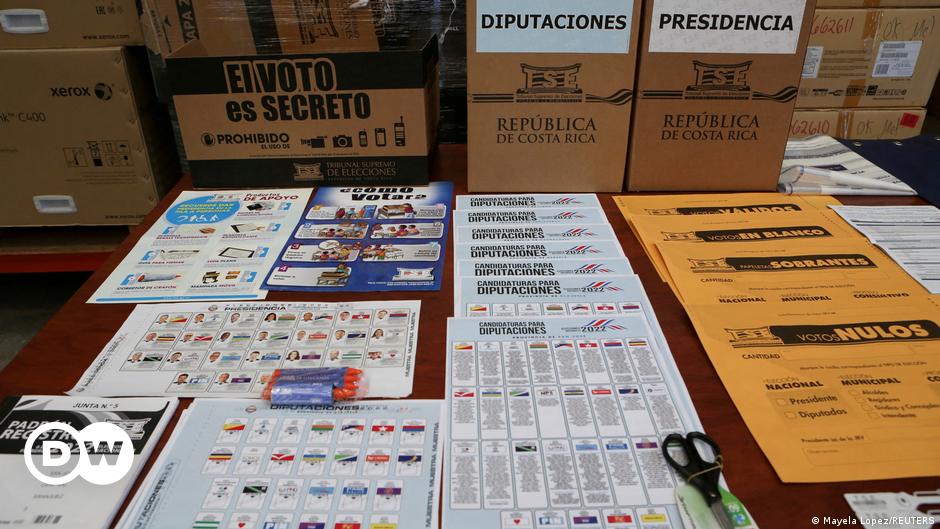 Costa Ricans head to the polls on Sunday in a general election where some 25 candidates are vying for the presidential post and a new National Assembly will be chosen.

Some 30% of the electorate remained undecided in the final days before the vote and there were fears the COVID-19 pandemic could suppress turnout.

The winning candidate must collect at least 40% of the votes to avoid a second round. But no candidate has come close to that threshold in recent polls, so a runoff on April 3 between the top two candidates is expected.

Costa Rica is often called the “happiest” country in the region, but it is currently struggling with a growing economic crisis. Costa Ricans are frustrated by recent public corruption scandals, a new wave of COVID-19 infections and poor economic conditions.

The ruling party poised for defeat

The PAC candidate and successor to Alvarado Quesada, former economy minister Welmer Ramos, currently only gets 0.3% of the vote.

Businessman and former president from 1994 to 1998, José Maria Figueres, threw his hat into the ring representing the National Liberation Party, founded by his father José Figueres Ferrer, who himself served as the country’s president in the 1940s, 1950s and 1970s.

Lineth Saborio, who was vice-president of the country from 2002 to 2006, is running under the banner of the Christian Social Unity party.

According to a poll published this month, Figueres leads the race with just over 17%, followed by Saborio with just under 13%.

Also in the running, the evangelical Christian singer Fabricio Alvarado Munoz of the right-wing New Republic (PNR) party in third position with just over 10%. Alvarado Munoz lost to Alvarado Quesada in the last election.

Does “learning to live with COVID” mean coming back to life like in 2019? Here’s what the experts say