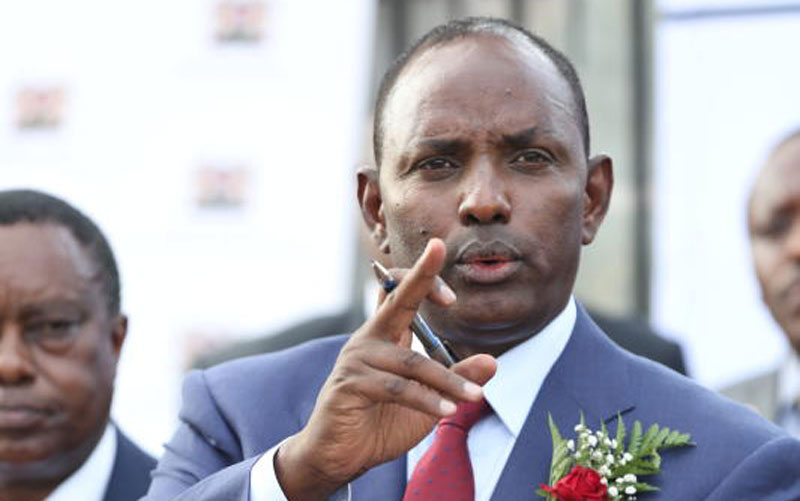 Treasury Cabinet Secretary Ukur Yatani has listed the policies of the Jubilee government that have spurred economic growth.

Mr Yatani said the government of President Uhuru Kenyatta has witnessed a growing economy over the past five years with macroeconomic stability and stable inflation and interest rates.

He pointed out that in 2017, the government gradually implemented policies and programs under the Big Four Agenda to foster socio-economic development, although it was disrupted by the coronavirus pandemic which “has slowed down its full implementation”.

To boost the economy and improve livelihoods, the government has formulated a program that will provide security to citizens and their property while fostering a safe and conducive business environment.

He said the formula will scale up the development of critical infrastructure in roads, railways and energy to promote the country’s competitiveness.

Yatani said the country has taken monumental steps, especially at the macroeconomic level.

He also hailed the government’s Big Four program saying it has improved the economy tremendously.

Yatani said the Standard Gauge Railway (SGR) has led to job creation as 6.5 million Kenyans have so far used it.

The SC noted that the construction of an additional 5,000 km of roads across the country has facilitated the efficient movement of people and goods.

Yattani said the Jubilee government had tripled power generation from 1,300 watts to 3,900 watts, 7.3% of which came from green sources.

“So this has cemented Kenya as a leader in green energy generation in Africa,” he said.

“The increase in the number of households connected to electricity has been achieved in more than 8.3 million households today, compared to 2.3 million in 2013,” he said.