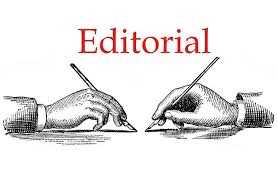 The reiteration of the UT government on the pursuit of holistic, targeted and inclusive economic growth and development throughout Jammu and Kashmir is heartening.

It is an achievement and a matter of pride to see J&K’s economy move upwards over the past three years after years of delays due to administrative lethargy and other impediments.
Lieutenant Governor Manoj Sinha’s recent announcement that significant steps are being taken to remove barriers and expedite approvals for ongoing and new projects is a goal whose time has come.
The fact that 50,726 projects have been authorized for implementation in the last year alone is a staggering scale of achievement. Four years ago, this figure was 9,229 projects.
It can be rightly said and asserted that infrastructure development in Jammu and Kashmir has been imbued with new energy, and this is entirely due to the revival of investment activity and investor sentiment.
The focus on key sectors of UT’s economy such as crafts, industrial investment, tourism and infrastructure and the funding allocated to them by the Center has been not only inspiring, but also very effective in removing systemic and artificial boundaries that were blocking growth.
Economic development at a rapid pace has given the people of J&K confidence in themselves, in their abilities and, by extension, allows them to enjoy the benefits that were absent from their lives for so long.
Connectivity through better roads has been one of the priority areas of UT administration. Approximately, Rs. one lakh crores is spent on road and tunnel infrastructure at J&K, Lt. Governor Sinha said, adding that it “opens up new opportunities for people living in remote areas.”
In 2018-2019, only Rs 67,000 crore of infrastructure projects (9,229) were completed, while in the financial year 2020-21, 21,943 projects costing Rs 63,000 crore were completed. To see that number more than double in the 2021-22 fiscal year is impressive, even staggering.
That the UT government is equally concerned with improving the productivity of agriculture and horticulture, in addition to achieving the goal of strengthening institutions to provide necessities and jobs for all, is commendable.
The government and the Lieutenant Governor have also highlighted the need for measures such as diversification of high density crops, availability of high quality seeds, improved water management and promotion of technology . Overall improvement in an important sector like agriculture can contribute significantly to J&K’s economic growth.