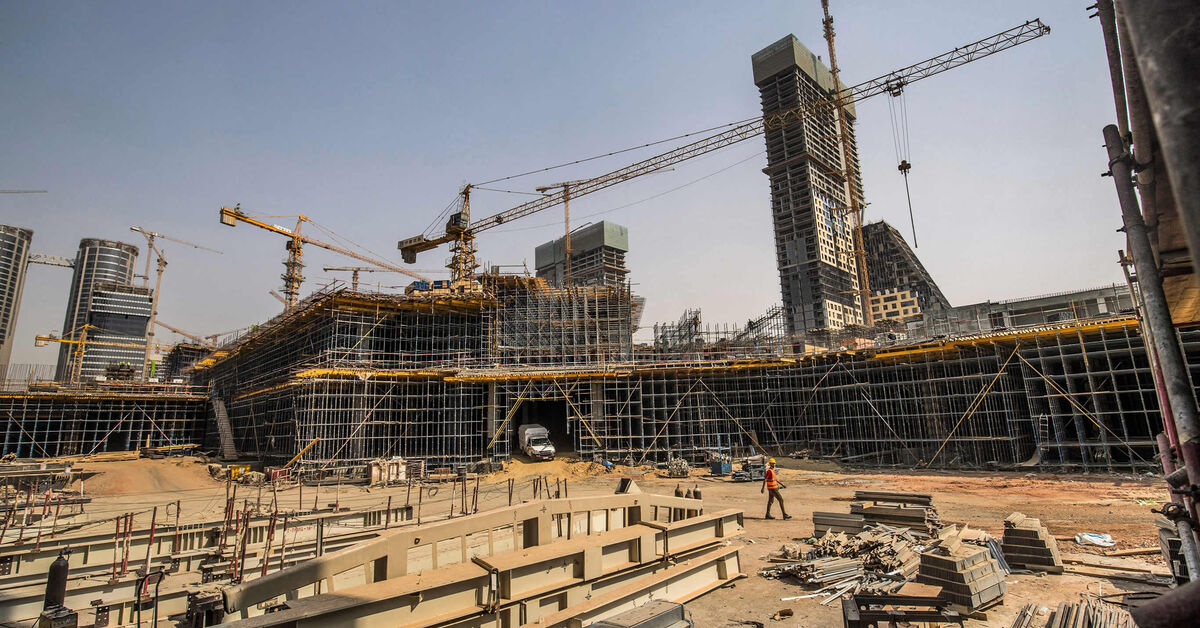 CAIRO — Egypt’s net foreign exchange reserves decreased by $236 million in July compared to June 2021, reaching $33.14 billion, according to an official statement issued by the Central Bank of Egypt.

Due to the global economic crisis and Russia’s war on Ukraine, the country’s foreign exchange reserves have fallen by $7.8 billion over the past seven months, down 19% from 40 .93 billion dollars at the end of December 2021.

The Egyptian government had to take measures to reduce the budget deficit and deal with the declining cash reserve.

An informed political source close to decision-making circles in Egypt told Al-Monitor on condition of anonymity that the government has decided to take some measures to deal with the economic crisis, mainly postponing some national projects such as the creation of the new administrative capital and halting expansion plans and building new towns.

The source said that the government has also postponed the implementation of some decisions such as the imposition of significant fines for construction violations and squatting of public lands, as well as the postponement of a measure to increase bread prices and electricity bills.

“The government is also considering how to phase out subsidies on bread and electricity by early next year so as not to cause public outcry. The economic crisis has affected all sectors of the state,” the source said.

He added that the government had already raised the prices of drinking water and sewage for domestic consumption by 40% in May.

“On July 13, gas and fuel prices were increased by 10%, for the third time this year, following the increase in prices around the world due to the global economic crisis,” the source noted.

During a parliamentary session on May 9, MP Mustafa Bakri called on government agencies to suspend major national projects until the country can overcome the repercussions of the war in Ukraine.

“Some major national projects should be temporarily suspended despite their importance. Priorities must be taken into account as well as people’s needs, especially in a state of social tension, with the suffering of the middle class,” Bakri said.

He pointed out that the increase in the world price of a ton of wheat from 230 dollars to 490 dollars and of a barrel of oil from 60 dollars to 115 dollars has strongly affected the Egyptian public budget and created a deficit.

The anonymous source said by telephone that the government is trying to balance between two measures: the gradual lifting of subsidies and the increase in the prices of certain services without arousing the ire of citizens, and the postponement of the inauguration of certain projects. national governments, in an attempt to reduce the budget deficit and declining cash reserves.

Hassan Nafaa, a professor of political science at Cairo University, told Al-Monitor by phone: “The state’s decision to consider postponing the opening of some national projects and delaying measures to increase the prices of some government services reflect the political good sense of the state and its desire to focus on priorities, which had been lacking for years.

He said the global economic crisis resulting from Russia’s war on Ukraine and the continued interest rate hikes by the US Federal Reserve have exacerbated the economic crisis in Egypt, causing the currency to depreciate further. national and depleting cash reserves.

“This has prompted the state to try to think outside the box in an effort to mitigate the crisis, such as abandoning plans to expand cities, roads and highways and postponing the inauguration of some megaprojects in classes for years,” Nafaa noted.

He explained that some figures close to the government have publicly called for postponing the implementation of some national projects until the crisis subsides.

He noted that the inauguration of the administrative capital has already been postponed more than once before: the first time following the coronavirus pandemic in April 2020, then in June 2021 because certain construction works and infrastructure had not been completed.

Economist Hani Tawfiq told Al-Monitor that the government’s approach of postponing price increases for some services and delaying fines for construction violations “is an attempt to try to balance between strengthening the public treasury by raising the prices of public services, while not angering citizens or burdening them with more than they can bear.

He said the state believes that citizens can afford an increase in the prices of certain services, which would help it to revive its treasury which has faced a major deficit due to increased expenditure and depreciation. of the national currency, in addition to the decline in reserves and the flight of some 20 billion dollars of foreign currency, which were considered as investments in debt securities.

“The government does not wish to irritate the citizens, especially in the current period. That is why he is opting to stop some major national mega-projects, including the inauguration of the administrative capital and the construction of new cities,” Tawfiq said.

He concluded: “Egyptian citizens are suffering greatly from the dire economic conditions and the high cost of living, as well as the floating of the pound which has led to a considerable reduction in the salaries and savings of the citizens. This is why the government has decided to take another approach to try to alleviate the crisis.”