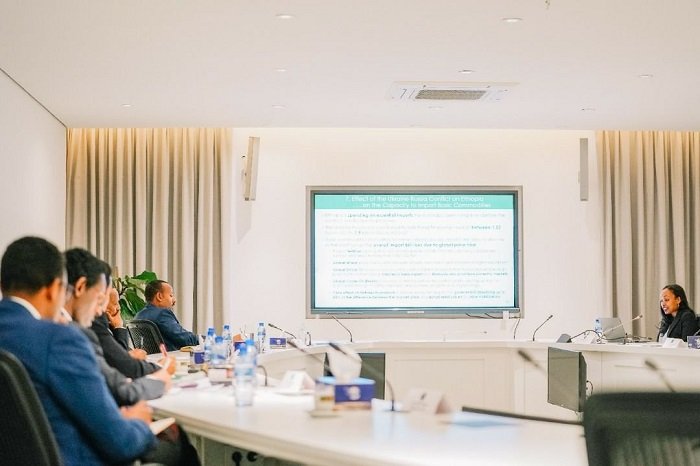 Ethiopia expects economic growth of 6.6% for this fiscal year

Ethiopia’s Ministry of Planning and Development said on Tuesday it expects the country to experience economic growth of 6.6%.

It was while assessing the performance of the National Macroeconomic Council of Ethiopia over the past nine months that the ministry unveiled the projected growth.

State television broadcast a video of Prime Minister Abiy Ahmed and other members of the National Macroeconomic Council watching a PowerPoint presentation written in English.

Planning and Development Minister Fisum Assefa pointed out that the economy has been negatively affected by the war in northern Ethiopia, the coronavirus pandemic and the drought situation in some parts of the country.

In addition, the ministry claimed that the conflict between Russia and Ukraine, which began in February this year, “has had an impact on the Ethiopian economy”.

With the rise in the price of wheat, the Prime Minister has pledged to export wheat from next year and cooking oil has increased by 65% ​​during the months of February and April, thus contributing to the worsening price inflation, according to the ministry.

On the other hand, it was reported that Ethiopia earned more than $2.9 billion from export trade during the same period and another $4.5 billion from the services sector.

In the same vein, the Ethiopian government is considering ending the subsidization of heating oil in the local market – which is supposed to be a disastrous consequence for consumers.

To share information or for a quote, email info@borkena.com