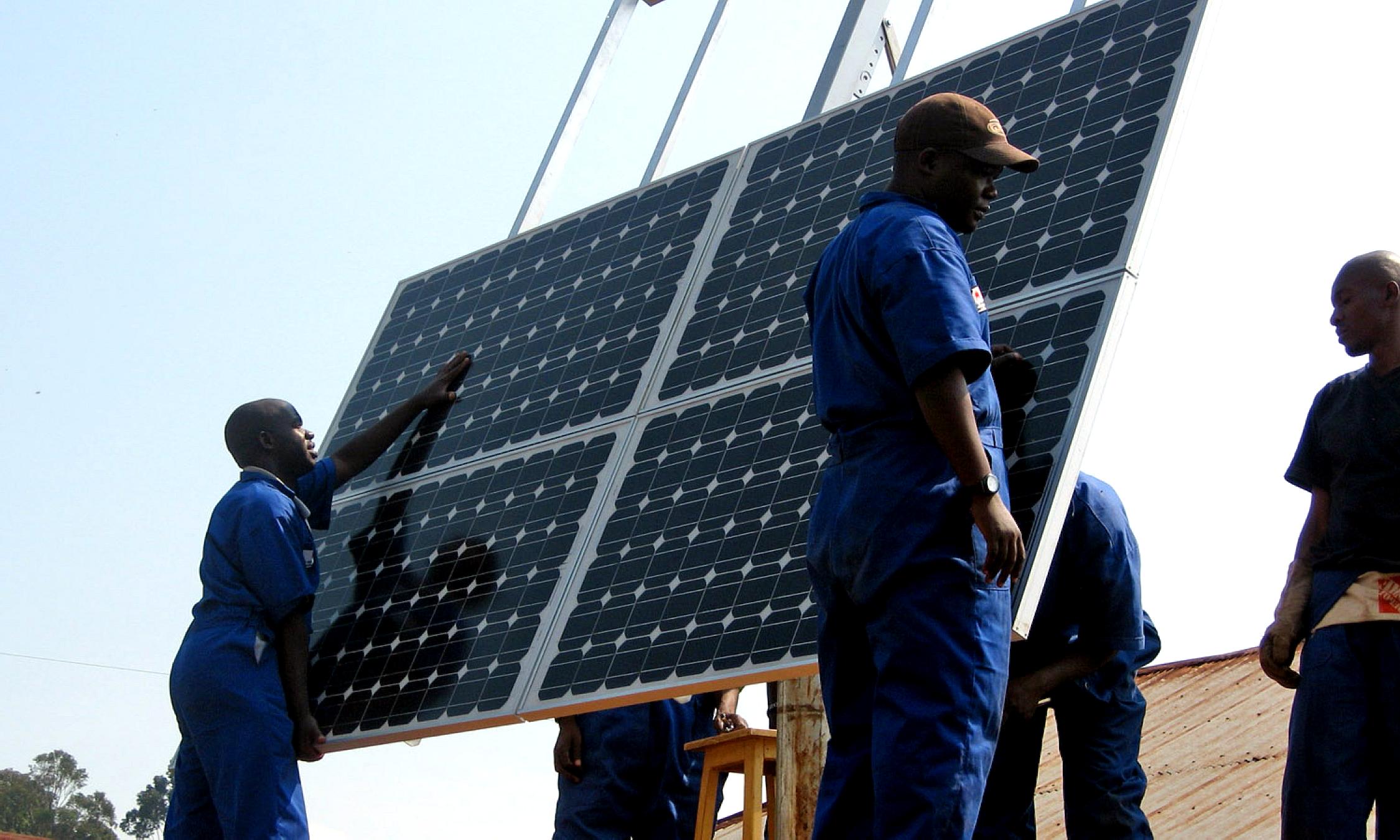 More than 600 million people in Africa do not have access to energy, while 46% of the population in Africa who have access to it use less than all of Spain alone. Lack of access to energy is stifling the continent’s economy, resulting in reduced growth compared to other developing regions. As Africa’s population grows rapidly, the demand for reliable energy, secure jobs and a sustainable future will rise in tandem.

Nonetheless, Africa’s development of its rich gas resources has become a contentious topic as part of a global campaign to reduce emissions and mitigate climate change. The development of African gas has the potential to enable the development of the wider African industrial economy and support the transition to renewable sources, as well as the electrification of end-use sectors. In the short term, gas developments offer the continent an opportunity to industrialize to increase the economic growth and industrialization needed to build renewable infrastructure and secure investment in a much cleaner way than based industrialization. on coal from which developed economies emerged.

The International Energy Agency (IEA) has just published Africa Energy Outlook 2022 makes it clear that access to energy in Africa will be critical for economic growth. By Fatih Birol, Executive Director of the IEA, “the greatest obstacle to economic development in Africa is the lack of access to energy”. Indeed, improving access to energy in Africa has become a top priority for the global community over the past decade. However, pandemic-related economic pressures in unstable electricity markets and rising liquefied petroleum gas (LPG) costs resulted in a 4% decline in modern energy services (electricity and clean cooking fuels) between 2019 and 2021. Sustainable Development Goal 7— affordable, reliable, sustainable and modern energy for all — should be a flashing red warning sign for Africa’s sustainable growth aspirations and should capture the attention of global policymakers and financiers ahead of COP27.

In recent years, international institutions have pledged to completely divest from fossil fuel infrastructure projects. Examples include the US Department of Treasury response to President Biden’s Executive Order 14008, ending support for direct investment in overseas coal and oil projects, and the decision of the European Investment Bank Energy loan policy, which phased out support for energy projects that relied relentlessly on fossil fuels. This has sparked the debate on whether energy-poor sub-Saharan African countries without stable base-load generation or large-scale transmission infrastructure can switch to renewable energy generation immediately, and perhaps more problematically. , to decarbonize industrial and agricultural processes.

The answer to this riddle is not simple. Across the continent, energy needs and resources differ significantly. Households—the largest source of electricity consumption in Africa – are an area where off-grid renewable solutions offer significant and immediate promise, particularly via distributed solar power. This provides an opportunity for rural communities that have little or no hope of near-term interconnection to develop localized power supply through off-grid solutions. On the other hand, substantial proportions of grid-supplied electricity in sub-Saharan countries such as Kenya and Ethiopia come from carbon-free baseload generation due to an abundance of geothermal and hydro resources. .

But resources for the deployment of non-intermittent renewables in Africa are unfortunately not universally abundant, and although resources such as solar and wind are becoming more competitive and have high potential, their intermittency is still a barrier. Without a significant expansion of solutions for baseload generation or the maturing and deployment of catalysts such as battery storage and transmission, renewables alone cannot yet provide enough power to smooth out the problems. supply and schedule and constantly meet demand on their own. This dynamic is particularly marked in sub-Saharan Africa where the most developed transport systems regularly experience breakdownsand where problems of recovering the costs of electricity services discourage investments and sometimes generation itself.

Nevertheless, the prospect of an African continent with reliable access to energy in line with the IEA’s net zero scenario is closer than it seems. In fact, the best solution to achieve the objectives of the IEA Sustainable Africa Scenario (SAS)— Africa’s path to achieving the global net zero scenario — is not to end all forms of fossil fuel production with immediate effect, but rather to allow the continent to fuel its economic growth with the natural gas in the short term while accelerating the deployment of renewable energies in parallel, with the objective of moving to an increasingly high renewable energy mix in the medium and long term. Gas discoveries in Africa from 2010 to 2020 accounted for 40% of all gas discoveries globally, bringing the continent’s reserves to over 5 trillion cubic meters (tcm) of undeveloped reserves and placing several African countries among the top 15 countries in the world in terms of proven resources. reservations. Crucially, if all of Africa’s untapped gas is fully developed, these resources would barely increase Africa’s emissions contribution, from less than 3% to just 3.5% of global energy-related CO.2 shows since 1890.

It remains difficult to industrialize without using natural gas, especially without paying a “green premium” that developed countries can afford. The role of natural gas in generating process heat and as a vital input for fertilizers and other chemicals will enable Africa to forge an industrial sector that fuels economic development and increases agricultural self-reliance in a context of global food insecurity. In addition, ongoing projects in locations such as Mozambique, Democratic Republic of Congo, Tanzania, Angola, Senegal, Mauritania, Congo-Brazzaville and others could produce 90 billion cubic meters ( bcm) of gas, of which 30 bcm should be available for export which will generate more revenue for increasingly debt-burdened sub-Saharan governments.

However, natural gas development will not put Africa on track to meet its climate or development goals without further action. Renewable energy will be needed to accelerate progress to extend energy access to hard-to-reach communities and cement the continent’s role in a global net-zero future.

Under SAS, 80% of Africa’s primary production will come from renewable sources. Own 60 percent of the best solar resources in the world, Africa has a pathway to radically reshape its energy sector towards a reliable, low-emission system. But although the continent is rich in renewable energy resources, only 1% of global installed solar capacity is in Africa.

The biggest barrier to building the infrastructure needed to make SAS happen is undoubtedly access to capital. Not all markets in Africa are ready for immediate large-scale investments to deploy intermittent renewable energy systems due to the lack of start-up infrastructure to support them. There is an urgent need to first foster economic maturation in sub-Saharan countries via industrial growth and access to electricity, leading to the development of the infrastructure needed to meet and stimulate energy demand and create economies of scale while prioritizing reliable, low-carbon energy sources.

To enable this transition, the role of gas in baseload generation and process heat will be crucial, giving a clear impetus to Africa to fuel its growth by developing its gas resources. A growing and thriving industrial Africa has the potential to build the investor confidence that will be needed to infuse the continent with international capital and ultimately deploy the renewable energy systems needed to achieve an 80% renewable energy future. renewable energies.

In response to these challenges, the private sector has played an important role in accelerating the deployment of renewable energy projects across the continent. In hard-to-reach communities, micro-hydro or mini-grid projects present a more viable and promising future for increasing energy access for rural populations rather than generation and infrastructure at scale. of the network. For example, since the launch of South Africa’s Renewable Energy Independent Power Producer Procurement Program (REIPPP), independent power producers in South Africa have launched ninety-five renewable energy projects , reaching an estimated capacity of 3.27 gigawatts (GW) of renewable energy once the projects are fully operational. The GET FiT Programs in East African countries have supported the deployment of renewable energy in Uganda and Zambia.

Larger scale examples include the 2.4 GW Batoka Gorge hydroelectric power project for use in Zambia and Zimbabwe and the 6.45-GW Great Ethiopian Renaissance Dam. Morocco expects to generate 52 percent of its generation capacity from renewable energy by 2030, and renewable energy already generates approximately 90 percent of power in Kenya.

But turning these examples into a continent-wide reality will depend on finance, and private capital has a much bigger role to play in the future; in 2018, only 12% of the continent’s infrastructure financing came from the private sector, with African governments themselves eclipsing three times that level of investment. Achieving full SAS will require increased investor confidence in African markets to spur a large-scale escalation of Africa’s access to international capital to build energy infrastructure. A figure that increases every year to reach $190 billion between 2026 and 2030 would be enough to put Africa on track to meet the SAS provisions by achieving a renewable energy mix of at least 80%, supplemented by gas for electricity. industry and basic electricity. For a continent whose demand for primary energy is set to grow up to five times by 2050, the costs of not making these investments are likely to be much higher.

William Tobin is a program assistant at the Atlantic Council Global Energy Center.