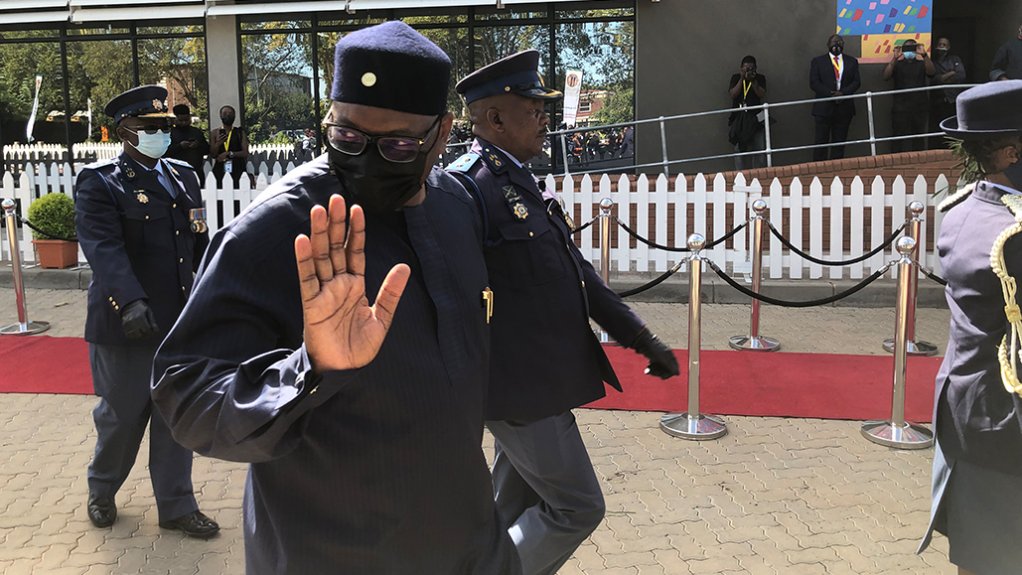 Gauteng has moved from a public health emergency to an economic and service delivery emergency, Gauteng Prime Minister David Makhura said during his state of the province address in Johannesburg on February 21.

“As we strive to emerge from the shadow of the Covid-19 pandemic, we must show urgency and act with the same speed and agility to tackle the unemployment crisis, rebuild and protect our infrastructure. for basic services and fight crime and corruption in emergency mode,” he implored.

Makhura insisted that government departments should no longer work in silos, stressing that cross-departmental and cross-government cooperation was needed to achieve change on the scale required.

“The collapse of infrastructure for basic services also requires an emergency response similar to how we handled the Covid-19 public health emergency,” he said, adding that “everyone everyone on deck” was necessary to reverse the situation.

Makhura revealed that the Gauteng Provincial Government had created a Provincial War Room, in which leaders from government and industry had joined forces to drive economic recovery, unlock growth across all sectors and create sustainable jobs. , as well as to support small, medium and micro enterprises. development (SMME).

“Through the War Room, we are working with captains of industry on programs that will spark growth by pairing public policy support and government action with consolidated investment commitments from industry leaders. and jobs,” he said.

“The War Room has now launched a program of quarterly Industry Action Labs with industry representatives focusing on problem-solving and social compaction platforms,” ​​he explains.

In partnership with the Public-Private Growth Initiative, the Gauteng government will work with businesses, unions, public enterprises and relevant national government departments to revive Gauteng’s economy, he added.

“Our maintenance record is dismal. Times and costs [of] projects are areas of great concern. Investing in infrastructure includes improving efficiency, optimizing resources and modernizing the delivery of government services,” he said.

“Our eKasiLabs, our canton cloud zones and our shared office hubs will be optimal sites for new data centers and large investments in communication technologies,” he said.

He added that the government has set up 45 different online application platforms to enable citizens to access government services at their convenience.

Through the Gauteng Center of Excellence and in response to the ICT skills shortage, the Gauteng Provincial Government has facilitated the training of 6,976 of its staff and is also working with vocational education and training institutions techniques to provide ICT training.

In the food, beverage, agribusiness and agro-industry sectors, the Gauteng government was working with industry players and organizing farmers in partnership with the Agricultural Development Agency to ensure food security and promote urban agriculture as a key sector for employment and business.

Incurring the ire of some in the house, Makhura noted that the Gauteng government has interacted extensively with cannabis industry players to identify unique economic opportunities the industry could provide Gauteng.

“This year we will establish a dedicated unit within the provincial government to work with industry and the national government to resolve regulatory and licensing issues, attract investment and facilitate Black participation in this new sector which has a enormous medical and industrial potential,” he said. .

Makhura admitted that there have been challenges in delivering infrastructure over the past year.

“Work on infrastructure projects has not only been affected by the Covid-19 lockdowns, but there have also been…continuous stoppages of people claiming to be business forums demanding 30%, which hinders the good work and progress of these projects,” he said.

“The disruption by so-called business forums is nothing less than economic sabotage. We will continue to support and empower genuine black businesses.

We work with the police. . . for the arrest and conviction of all perpetrators,” Makhura said.

He said that over the next year, the focus will be on completing unfinished projects and accelerating the completion of new infrastructure projects in all regions.

“We will ensure that departments take full responsibility for maintenance. All our infrastructure projects must be delivered on time and at cost,” he promised.