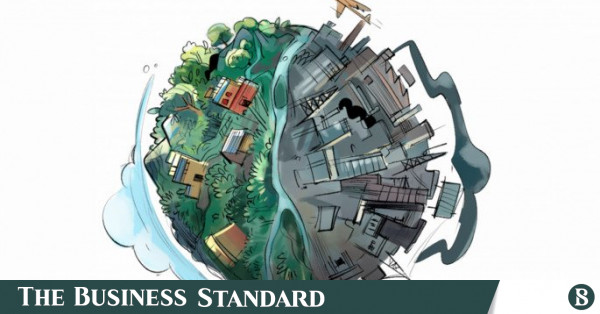 The government does not find an alternative to increasing the productivity of industrial sectors as well as improving the quality of manufactured products for sustainable, universal and “environmentally friendly” economic development.

Finance Minister AHM Mustafa Kamal during the presentation of the FY23 national budget in parliament on Thursday said the government plans to invest $80 billion by 2030 to implement the prosperity plan climate of the country, which bears the name of Bangabandhu Sheikh Mujibur Rahman.

The government will implement the “Mujib Climate Prosperity Plan” to move Bangladesh from climate risk to sustainable climate prosperity, the finance minister said, adding that the necessary investments will be financed from domestic and external sources.

“Given the immense importance of environmental protection, the government has made it mandatory to follow a pragmatic and inclusive plan that respects the environment in all development activities while tackling the risks of climate change. climate,” he said.

He said that a project titled “Building Warehouses for Chemical Storage” is temporarily underway at the premises of Ujala factory in Shyampur to relocate the chemical factories and warehouses from old Dhaka.

“A total of 54 warehouses will be built under this project,” he said.

He cited a project that will transform the Palash urea fertilizer plant into a highly modernized and environment-friendly plant with superior technology and greater capacity. He said the plant’s daily production capacity would reach 2,800 tons upon completion of the project.

Another project is underway to build an energy-efficient, state-of-the-art and “environmentally friendly” plant at Fenchuganj in Sylhet with an annual production capacity of 24,000 tonnes of urea-formaldehyde, said The Minister.

The Finance Minister hinted that Bangladesh would achieve 6.73% of the carbon dioxide emission reduction target by 2030 with its own financial and technological capabilities, while achieving another target of 15.12% is subject to the availability of international funding and technical assistance.