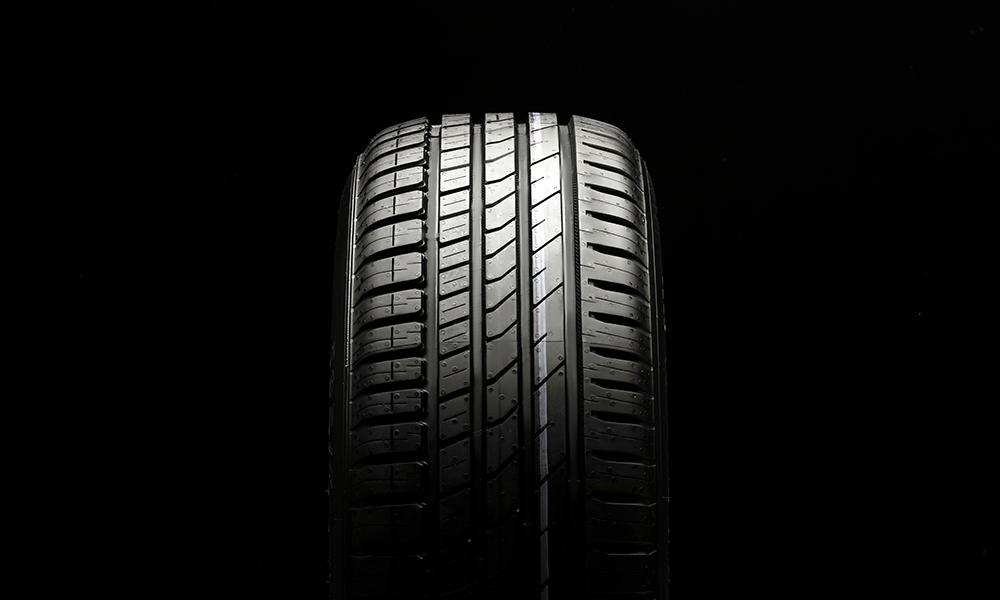 End-of-life tires (ELTs) are a global problem accounting for approximately 2-3% of all waste collected worldwide. CEO of sustainability brand Contec, Krzysztof Wróblewski, explains the damage they can cause to the environment and explores how we can solve the ELT problem.

It is estimated that globally, between 1 and 1.8 billion End-of-Life Tires (ELT) are disposed of annually, approximately 2 to 3% of all waste collected worldwide. The problem continues to accelerate as the world’s population grows and motorized vehicles become more readily available in developing countries.

I think the problem of tire waste needs to be solved through circular solutions – “reuse” and “recycle” – which involve converting these ELTs into sustainable products.

As a result, one of the biggest problems we continue to see is tires that simply end up in the landfill. While the practice is banned in the EU, in the US 16% of ELTs end up in landfills, according to a USTMA Report 2018. Not only do tires take up a large amount of landfill space, but there is also real concern about their environmental impact and the risks to human health.

Dumps filled with tires are not a pleasant sight. Large piles of used tires attract rodents and disease-carrying insects due to the water that collects inside the tires. As tires slowly decompose, they release harmful chemicals into the atmosphere and the ground, which affects the surrounding area. Recently, researchers discovered that a tire chemical known as 6-PPD reacts with ground-level ozone to produce a compound 100 times more toxic.

ELTs present several problems for human health and the environment.

Another issue we need to be aware of is the size and flammability of tire materials. Large piles of discarded tires often catch fire and create major environmental disasters.

A terrible example occurred in 1999 when a thunderstorm set fire to seven million used tires piled on the slopes of a canyon near Westley, California, according to Chemistry and Engineering News (C&EN). A 60-metre fireball blasted smoke hundreds of meters into the air, sending soot up to 100 kilometres.

The fire was only extinguished five weeks later. According to a subsequent investigation, the surrounding area was devastated by the spread of toxic emissions and the massive volumes of oil released from the heated rubber. A more recent example, the Fire in Kuwaitcontinues to burn to this day.

Burning tires release carcinogenic and mutagenic toxins into the atmosphere, known to cause cancer and genetic mutations respectively. Among the toxins emitted are cyanide, carbon monoxide, sulfur dioxide, and products of butadiene and styrene.

Unfortunately, the problem does not end there because the tires are not only made with rubber. They also contain fibers, textiles and steel cables to strengthen their structure, tensile strength and durability. As with rubber, these materials do not break down easily and will harm the environment if not properly disposed of and recycled.

Current tire recycling solutions that are neither efficient nor safe raise many concerns. Disposal of ELT waste remains a critical environmental issue in many parts of the world and leads to serious air, water and soil pollution problems. Although not biodegradable, ELTs are still classified as non-hazardous waste.

Unfortunately, mismanagement of ELTs is common in many developing economies, and globally, 75% of all ELTs are sent to landfills. In these locations, burying whole and shredded tires may be the most economical option. Nevertheless, it poses a real and major threat to the environment and public health. In the EU, ELTs sent to landfills have fallen from 50% in 1996 to only 4% today.

Throwing tires in landfills has always been a durability issue. Over the past two decades, the EU has made enormous progress in addressing the general problem of landfill waste. Since 1999, sending ELTs to landfill has been legally prohibited by the European Union, under Directive 1999/31/EC (EU. 1999).

However, it seems that the issue has not been fully resolved, but simply moved elsewhere. If used tires are not landfilled or incinerated in the EU, they are transported and disposed of in other parts of the world.

In the Middle East and North Africa (MENA), used tires, along with other harmful materials, are often used to power industrial ceramic kilns, according to EcoMENA, a regional think tank promoting green initiatives and fostering sustainable development.

In 2018, nearly half of the UK’s end-of-life tires were exported to India to supply over 55,000 cement kilns in the Brickbelt economy. The Brick Belt is an unofficial area covering parts of Pakistan, northern India, Nepal and Bangladesh.

The United Kingdom and a number of importing countries want to see an end to this trade, which is known for its dangerous working conditions and environmental pollution.

Progress continues to be made, I am happy to say. In 2000 we saw the introduction of the Directive 2000/53/EC on end-of-life vehicles. The document sets out measures for “the reuse, recycling and other forms of recovery of end-of-life vehicles and their components, which will reduce waste disposal”.

Currently, PUNRs can be directly recycled by retreading or transformed into rubber-derived materials, with many applications in civil engineering. For example, some tires are shredded to produce a ground surface for public roads and urban spaces.

This is certainly a positive approach, but we need to develop more methods to sustainably recycle PUNR. Many other industries need to start thinking about their businesses in response to the climate crisis and the urgent need to reduce CO2 emissions.

Currently, more than a billion tires reach the end of their life each year. To achieve the CO2 emissions targets set for 2050, I believe that the implementation of a circular economy in the tire industry is essential.

Integrating ELTs into a fully functioning circular economy would require tire waste to be fully reprocessed into new materials. A process known as pyrolysis is increasingly recognized as the desirable and environmentally sustainable approach to solving the ELT problem. Pyrolysis technology has come a long way, and it is now a safe and controlled process.

As by-products, pyrolysis generates tire pyrolysis oil (TPO), reclaimed carbon black (rCB) and reclaimed steel, which can be used to produce new tire components and substrates . For tire manufacturers, pyrolysis is the only effective and scalable solution to industry circularity.

I believe pyrolysis technology is a crucial solution for the circular economy and can help the manufacturing industry move towards a more environmentally and economically sustainable future.