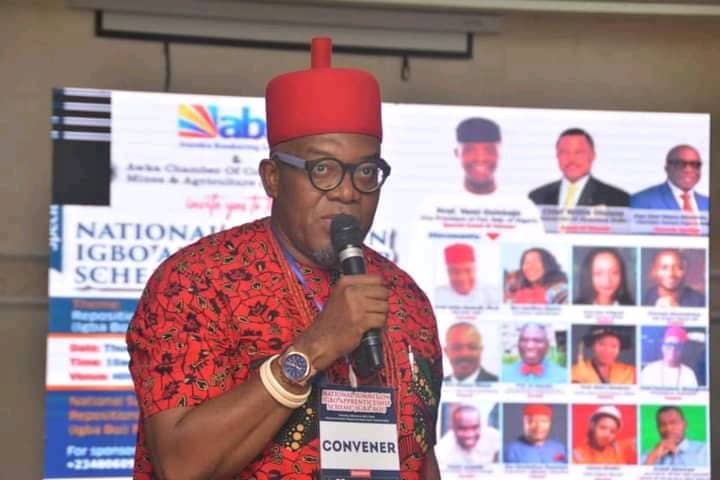 He said the initiative will contribute to the country’s already existing economic growth.

The vice president told Awka on Thursday at the first annual Igbo Apprenticeship National Summit, hosted by Anambra Broadcasting Service in conjunction with the Chamber of Commerce, Industry, Mining. and agriculture of Awka, AWKACCIMA.

Osinbajo, who joined virtually, said the program has the potential to do for the Nigerian economy what similar apprenticeship programs have done in many parts of the world, especially Germany and India, while at the same time describing the event as appropriate.

Congratulating the organizers of the event, the Vice President expressed hope that the summit will enhance the growth and possibilities of the Igbo apprenticeship programme.

With the theme of the summit, “Repositioning the Igbo Apprenticeship Program for Sustainable Economic Development”, Keynote Speaker and President of United Nigeria Airlines, Dr. Obiora Okonkwo recommended that the program be institutionalized through formal and informal structure. of Igbo society.

Dr Okonkwo added that the event is appropriate, following the recent rise in drug addiction, get-rich-quick syndrome and other social vices among the young people who are the future of the nation.

According to him, “let me draw our minds to the thoughts of the great philosopher Aristotle, who said in the Ethics to Nicomachus that ‘the goal of knowledge is action, not knowledge’. For me this means we should now talk about the actions we need to take to change the narrative on the Igbo apprenticeship program.

“I say this because, already, a study has been concluded. The report is launched. It’s ready and it’s accessible. What remains to be done, in my opinion, is to act on the recommendations and start putting into practice what the research team led by Professor Nonyelu, from Nnamdi Azikiwe University in Awka, has proposed.

“I therefore implore each of us and all state governments in our region, to obtain copies of the report, study them and seek ways to implement them. I will also implore all development agencies and partners, international and local, to do the same. This is the surest way to begin our quest to reinvigorate and transform the Igbo land learning system to fulfill its new promise of becoming the master.

“Today some of our people take Eziafakaego (a good name is worth more than money) as a title.

“As Igbo people, our culture has taught us values ​​such as respect for elders, hard work, sanctity of human life, honesty, fairness and in fact avoidance of all that our society sees as wrong. But it is no more. Therefore, for us to emerge from this and bring back Igba Boyi as an apprentice entrepreneur or Nkwado Ogaranya, our youth, who hold the future of the Igbo nation in their hands, must begin to restore those age-old values ​​that have seen our ancestors become great entrepreneurs and the envy of the world through the learning system.

Earlier in their separate speech, the organizers of the national summit, the Director General and Chief Executive Officer of Anambra Broadcasting Service, ABS, Dr Uche Nworah and the President of the Chamber of Commerce, Industry, Mines and Awka Agriculture Princess Caroline Ajuora said the event was to highlight the Igbo apprenticeship scheme which could be repositioned to help Nigeria tackle various issues including unemployment, banditry and unrest ethnic.

In his speech, the Director General and Chief Executive Officer of the Small and Medium Enterprises Development Agency of Nigeria, Dr. Dikko Umaru Radda, represented by Mr. Victor Ugwu, commended Anambra Broadcasting Service and the Chamber of Commerce, of Industry, Mining and Agriculture of Awka for the program. , which he said serves as a fresh start to reposition and expand the laudable agenda for greater improvement of the Nigerian economy.