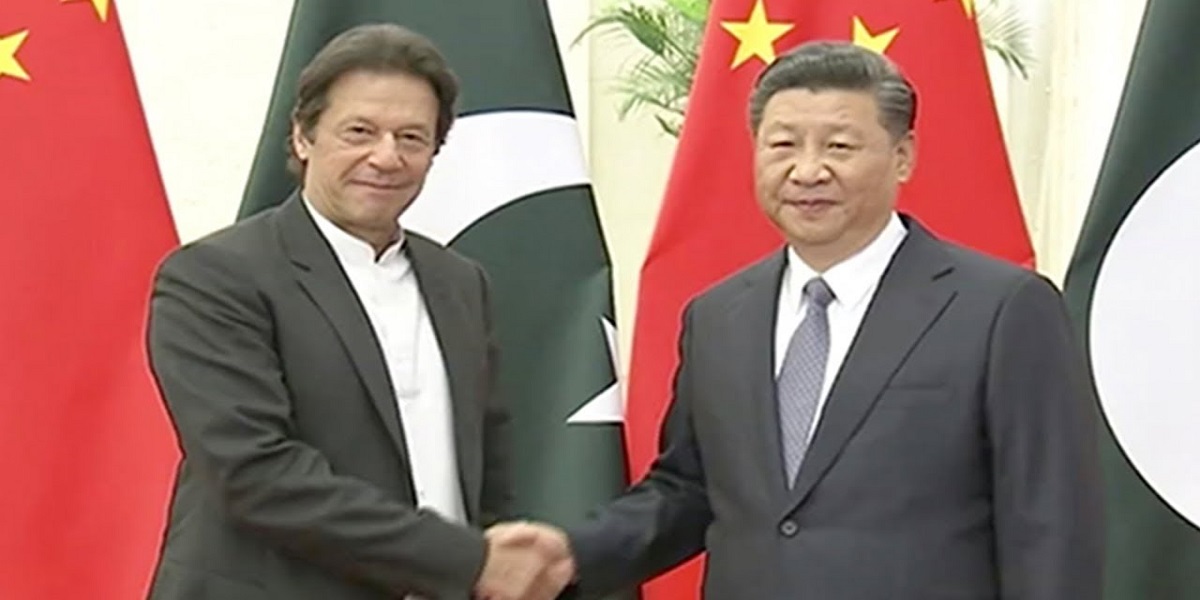 Prime Minister Imran Khan will pay a three-day visit to China from Feb. 3 to attend the opening ceremony of the Beijing 2022 Winter Olympics at the invitation of Chinese leaders.

This was stated by Foreign Ministry spokesman Asim Iftikhar during his weekly press briefing here on Thursday.

The spokesperson said Prime Minister Imran Khan, during his visit, will have an interaction with Chinese leaders to further strengthen the Pakistan-China strategic cooperative partnership.
The spokesperson said Pakistan is looking forward to the success of the Winter Olympics in Beijing.
Asim Iftikhar said Pakistan welcomes the Global Development Initiative presented by Chinese President Xi Jinping as a timely and well-intentioned step to facilitate the implementation of the UN 2030 Agenda for Sustainable Development.
The spokesperson said the Global Development Initiative will open new avenues of collaboration with developing countries to support their post-pandemic economic recovery as well as long-term sustainable growth. He said Pakistan and China are strong development partners and “we look forward to further strengthening this partnership under China’s Global Development Initiative.”

Responding to a question, the Foreign Ministry spokesperson said Pakistan remained committed to peaceful relations with its neighbors including India. However, he said it was India’s responsibility to create an environment conducive to dialogue. He regretted that there had been no visible change in India’s hostile attitude and negative behavior.
The spokesperson said Pakistan will continue to highlight the Kashmir dispute and the rights of the oppressed Kashmiri people in all international forums.

It is reprehensible that the Indian occupying forces continue their slaughter in the illegally occupied Indian Jammu and Kashmir (IIOJK). Since the beginning of this year, at least 15 Kashmiris have been victims of extrajudicial executions during fake encounters and so-called cordon and search operations. At least 210 Kashmiris have been martyred in 2021. India has also been unabashedly attacking journalists and human rights defenders.

The spokesperson said there was a real possibility that India could stage another false flag operation to complicate the current situation. He said, “We continue to alert our friends in the international community to this prospect.”
He called on the international community to immediately take note of Indian state terrorism in the illegally Indian occupied Jammu and Kashmir and hold India accountable for gross violations of human rights and international humanitarian law. in the IIOJK.

He said India must allow unhindered access for international human rights and humanitarian organizations to carry out independent investigations into the IIOJK.
Speaking of Afghanistan, the spokesperson said urgent action was needed to avert a humanitarian catastrophe in that country.

The biggest threats to life in 2022