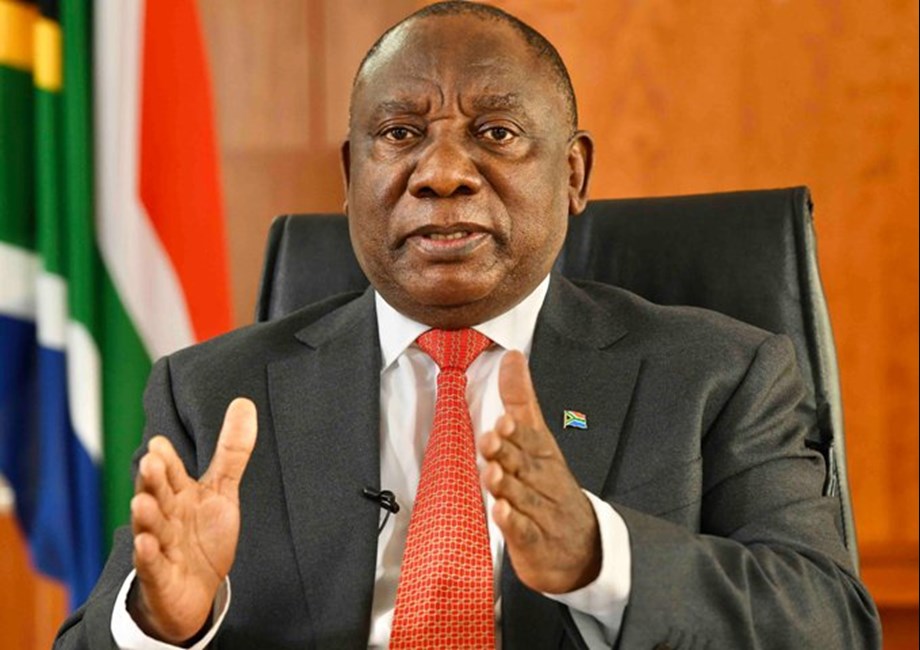 Putting job creation and economic growth at the heart of the State of the Nation Address and national budget is the most effective way to sustainably reduce poverty and hunger, President Cyril Ramaphosa said.

In his weekly bulletin on Monday, the President said that Finance Minister Enoch Godongwana presented a budget that supports and reinforces the program of action announced in the State of the Nation Address (SONA) to develop the economy and create jobs.

The first citizen said the budget provides details on how the government plans to raise funds and where it will spend the money to improve the lives of South Africans.

“This program includes far-reaching economic reforms that promote investment and growth. These reforms will ensure that our country has enough affordable electricity to meet growing demand, that our ports and rail lines are more efficient, that we improve access to faster and cheaper broadband, that homes and businesses have the water they need.”

He said the program will ensure the country can attract the skills and investment needed to create a productive and vibrant economy. At a time when public resources are limited, these reforms will allow greater private investment in the vital infrastructure the economy needs to grow.

This is accompanied by a revised framework for public-private partnerships and new, innovative ways to combine public and private resources for infrastructure investment.

“We will do this in a way that improves the performance and financial position of key state-owned enterprises. This will put these enterprises in a much better position to fulfill their development mandates, while ensuring that critical national infrastructure remains firmly in the hands of the state,” the president said.

To support this work, the President said a total of R17.5 billion has been allocated in the budget for catalytic infrastructure projects over the next three years, and to support the upgrading of roads, bridges , water and sewage works, transport, schools, hospitals. and clinics, among others.

President Ramaphosa said the budget supports efforts announced in SONA to unlock the potential of small, micro and informal enterprises.

R15 billion has been set aside for a revamped loan guarantee scheme that will make it easier for small businesses to access finance to bounce back from the effects of the COVID-19 pandemic.

The President acknowledged the havoc the pandemic has wreaked on the economy, despite the significant economic and social support package introduced in 2020.

He said businesses went bankrupt, while as many as two million people lost their jobs, with many households only spared from hunger thanks to increased social grants.

“As the pandemic hit the economy, it further worsened the country’s financial situation. At the height of the pandemic, less revenue was collected and more money had to be spent to strengthen our health response and provide social support. As a result, the country had to borrow more and do so at a higher cost.”

The pandemic followed a decade of huge increases in government spending, even as economic growth remained weak.

The employment tax incentive, which has successfully given many young people their first job, is being expanded to encourage small businesses to hire more people.

Recognizing the importance of basic services both for quality of life and for investment and business activity, the budget has significantly increased the allocation for service delivery. An additional R30.7 billion has been added to local government allocations for basic municipal services.

“All of these measures encourage business growth and expansion and support the creation of new businesses to create new jobs. These efforts, however, will take time to absorb the millions of South Africans looking for work.

“We have therefore extended the Presidential Jobs Recovery Plan, which has provided work and livelihood opportunities to more than 800,000 people in its first 16 months.

“An additional R18.4 billion has been allocated over the next two years, so the recovery can continue to provide living income, skills development and work experience to hundreds of thousands of mostly unemployed young people,” the president said.

The budget backed the extension of the R350 Social Distress Grant for another year, which will provide basic support to around 10 million unemployed beneficiaries in their job search.

President Ramaphosa said the grant significantly expands the country’s social safety net, with around 46% of the population now receiving grants.

Even with the country’s difficult fiscal situation, he said the budget directs resources to areas with the greatest potential for growth and jobs, particularly structural reforms, infrastructure and support for small businesses.

At the same time, the budget supports young people through public and social employment programs and extends social protection to the most vulnerable.

Getting the economy back on track

While the budget promotes growth, the president said it also charts a clear path to sustainable levels of public debt.

“The interest rate we pay on our debt is higher than our rate of growth, which creates a risk that the debt will spiral out of control, if not carefully managed. Our country now spends more on servicing debt than for health, basic education and the police,” he said.

The president stressed that unsustainable debt levels are bad for all South Africans, but the poor in particular.

The cost of debt reduces the amount of money available to the government to improve services, provide social protection and invest in social and economic infrastructure.

President Ramaphosa said the budget demonstrates the government’s ability and commitment to strike that balance.

“It’s a difficult balance to strike, but with more efficient use of resources, ending waste and corruption, and shifting spending from consumption to investment, we can achieve fiscal sustainability, while while continuing to support growth.

“Our country’s road to recovery is steep and will be extremely difficult. But with the measures we have set out in SONA, with the budget that has been presented, and with the cooperation and involvement of all South Africans, we will succeed,” the president said. noted.