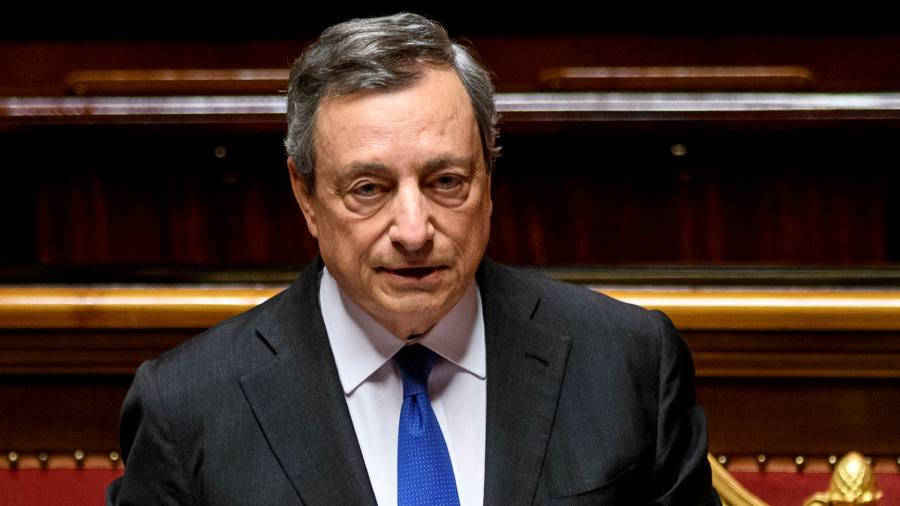 Letter: Political upheaval in Italy must not turn into an economic crisis

I have followed with great interest the FT’s coverage of Prime Minister Draghi’s resignation and the implications this could have for the Italian government and economy (“Mario Draghi resigns after Italian coalition disbands”, FT. com, July 21).

Under Draghi’s leadership, the Italian economy made significant progress. The political stability of the government of national unity has helped the country to reform and present an economic recovery plan.

The National Recovery and Resilience Plan (NRRP) has delivered a comprehensive package of reforms and investments, and the first tranche of NextGenerationEU (NGEU) funding is already being leveraged to invest in strategic sectors, social inclusion and job creation. Although the plan is still in the early days of its implementation, it has already made a significant contribution to Italy’s recovery, with GDP growth of 6.6% last year. UniCredit remains committed to the NRRP, supporting households and businesses, contributing to a stable and functioning economy and the long-term financial strength of Italy.

Growth is at the heart of Italy’s debt strategy. Although supporting this growth with temporary stimulus measures may increase the budget deficit in the short term, this has been done within the framework of a prudent fiscal policy, allowing vital investments to ensure the implementation of structural reforms.

However, the success of this strategy largely depends on the government’s ability to effectively deploy NGEU funds. To continue to draw on these funds, we must respect the timetable and the milestones of the reform defined in the PNRR.

While there will inevitably be political uncertainty following Draghi’s exit, any slowdown in efforts to implement the NRRP would be to the detriment of the Italian people and the European economy.

This may be a political crisis, but we must not allow it to turn into an economic crisis. We cannot allow the current instability and greater political fragmentation to derail the important plans that are in place or undo the good work done so far. A new administration must move forward, not backward, and I call on all political leaders to focus on what is in the national interest.

Big State or economic growth? Both Labor and the Conservatives must decide