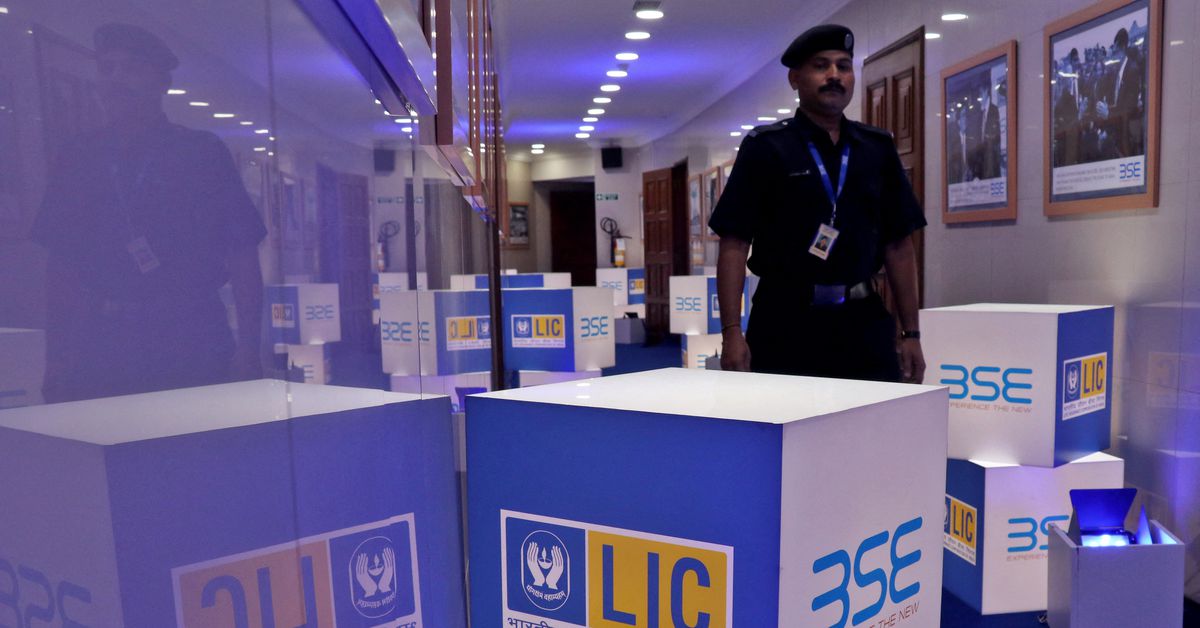 A security guard walks past the logos of Life Insurance Corporation of India (LIC) and Bombay Stock Exchange (BSE) inside the BSE building in Mumbai, India, May 17, 2022. REUTERS/Niharika Kulkarni

India’s biggest insurer and biggest domestic financial investor also announced a dividend of Rs 1.50 per share with a face value of Rs 10 each, it said in a regulatory filing on Monday.

Its solvency ratio, a measure of an insurer’s ability to honor its long-term debts, fell from 1.76 to 1.85 a year earlier.

LIC made its stock market debut earlier this month.

The government sold a 3.5% stake and raised about 205 billion rupees in India’s biggest IPO.