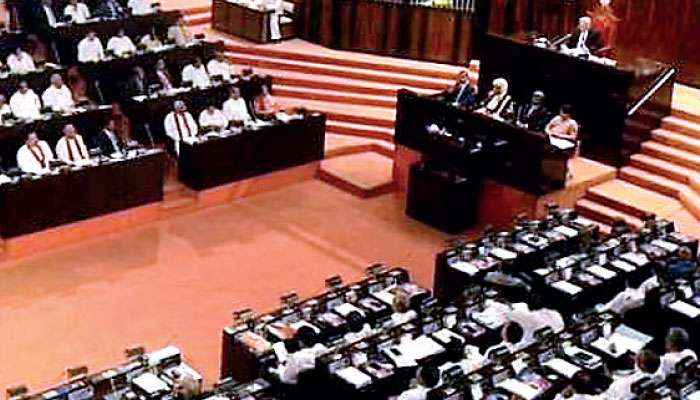 Our excitement in Parliament (the shouting and screaming) is not debating how to solve these problems. It’s about staying in power on the part of the government and the will of those who want to seize power

We have a major economic crisis. It affects the whole nation. It needs urgent government attention. The causes of the crisis are very clear, and what needs to be done overall is equally clear. The thorny issue is navigating the difficult consequences that arise when taking action to deal with the crisis.

There are three parts.

3. Large debt and inability to repay it.

Our excitement in Parliament (the shouting and screaming) is not debating how to solve these problems. It is about staying in power on the part of the government and the will of those who want to seize power. It’s all about position and power. We, the long-suffering public, do not care who is in power. Our only concern is whether those in power solve our economic problems. It is sad and very concerning that those demanding change do not provide any manifesto of what they will do if the President/Prime Minister resigns and they are given the power to govern the country. None of the main opposition groups have presented a plan on how they will solve the current economic crisis and then lead us to prosperity.

We will have the next uproar in parliament if the president resigns/the government falls and a new prime minister is to be appointed. Everything indicates that one or the other will happen. A pandemonium will be triggered because there is no party/political leader with a clear majority. Any aspirants to the throne that will become available (president or prime minister) will be running around in a frenzy trying to get the numbers that will lead them to the throne. Unfortunately, the resolution of our economic problems in a meaningful way will be forgotten.

Measures to deal with the economic crisis

When a new government is hopefully appointed, it may not be the end of dissent and debate. The various political groups have shown no evidence of their plans on how to resolve the economic crisis and it is unclear whether there will be unanimity on the tough measures needed to deal with the crisis.

There are three key issues to address. Insufficient government revenue, severe shortage of foreign exchange, high debt and no funds to repay the debt,

There are many things that will need to be done to resolve these issues. To reduce public expenditure to bring it more in line with public revenue, drastically prune the two main items, namely the military establishment and roads. To increase income, taxes will have to be raised.

All major infrastructure projects should be postponed indefinitely, until the country can afford such projects. Our economic crisis without foreign exchange and our high debt was caused by the continuation of projects by the government of Mahinda Rajapaksa. Projects such as highways, Hambantota Port, Mattala Airport, Suriyawewa Cricket Ground, Nelum Kuluna, Port City, have had no economic return, brought only very limited benefit to the countries, caused a serious flight of currency and created a mega debt. We must carefully maintain our exports and our tourism, our main sources of foreign currency. Together, they have the potential to lift us out of the current crisis and contribute to the long-term growth of our economy.

The difficult challenge is how to protect them and health services amid our current currency crisis. We will need to supply diesel/electricity to keep these industries alive. It means shifting the burden onto the people. Keep them without electricity from 11 p.m. until dawn. Provide vital inputs that must be imported to support these industries and temporarily reduce the import of non-essential products. The trade-off is today’s poverty for tomorrow’s prosperity.

The real challenge is to find a leader totally free from corruption, with no friends or relatives steeped in corruption. As the perception is reality until blatantly disproved, it excludes the Rajapaksas as a clan due to the widely held perception that corruption has at least touched their palms. They unfortunately did not attack this perception by disclosing their assets from the distant past to the present and an open letter to all banks here and abroad to disclose their assets.

Apart from Rajapaksas, who can inspire the country with a credible vision of the future towards which we can visibly move forward every day and in the meantime accept the difficulties which should also steadily diminish?