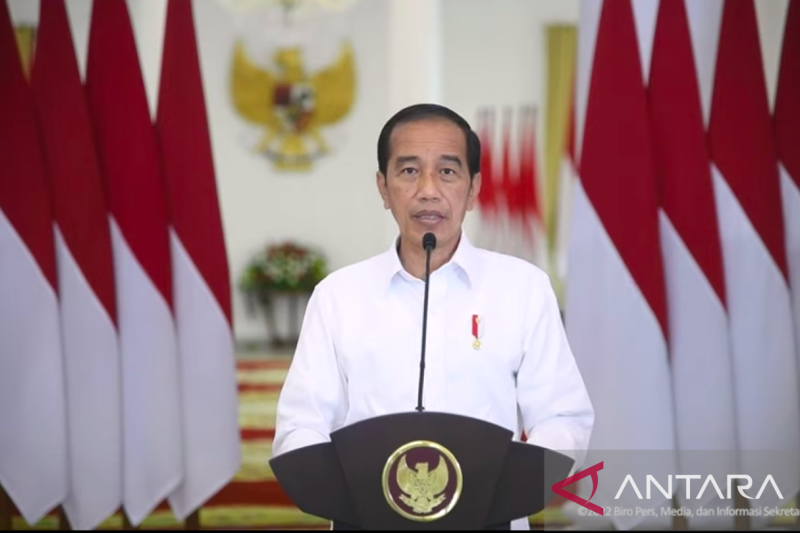 The development of the new capital will also boost national economic activities and growth, especially in the eastern part of Indonesia, he said.

“(The new capital) will drive innovation to accelerate economic development in the future,” Jokowi noted in his remarks for the CNBC Indonesia Economic Outlook 2022 event from the presidential palace in Bogor on Tuesday.

The President then invited investors to be part of the national story for the progress and glory of Indonesia in the future by contributing to the development of the new capital.

Apart from the development of the new capital, he also highlighted two other measures that the government will implement to support Indonesia’s economic growth in 2022.

The government will continue to improve the downstream industrial process by motivating industry players to create more diverse and varied products to boost investment and create new jobs for residents, he said.

“The process will help increase the value of our exports, improve our balance and payments, and strengthen our fiscal and monetary systems. Improving these aspects will strengthen our national economic base,” Jokowi noted.

The president also noted that the government will accelerate the development of the green economy to become the main force of the national economy in the future.

Indonesia’s diverse natural resource potentials, such as water, wind, solar and geothermal energy, are key to enhancing the development of affordable energy sources, he added.

“These potentials should be maximized to enhance Indonesia’s competitiveness in green economy in the future,” the president noted.

Jokowi also pointed out that the global community faces new challenges and global uncertainties this year, as the current COVID-19 pandemic is exacerbated by the Russian-Ukrainian conflict which negatively affects global economy and politics. .

Panelists: Housing crisis is holding back economic growth in Montana