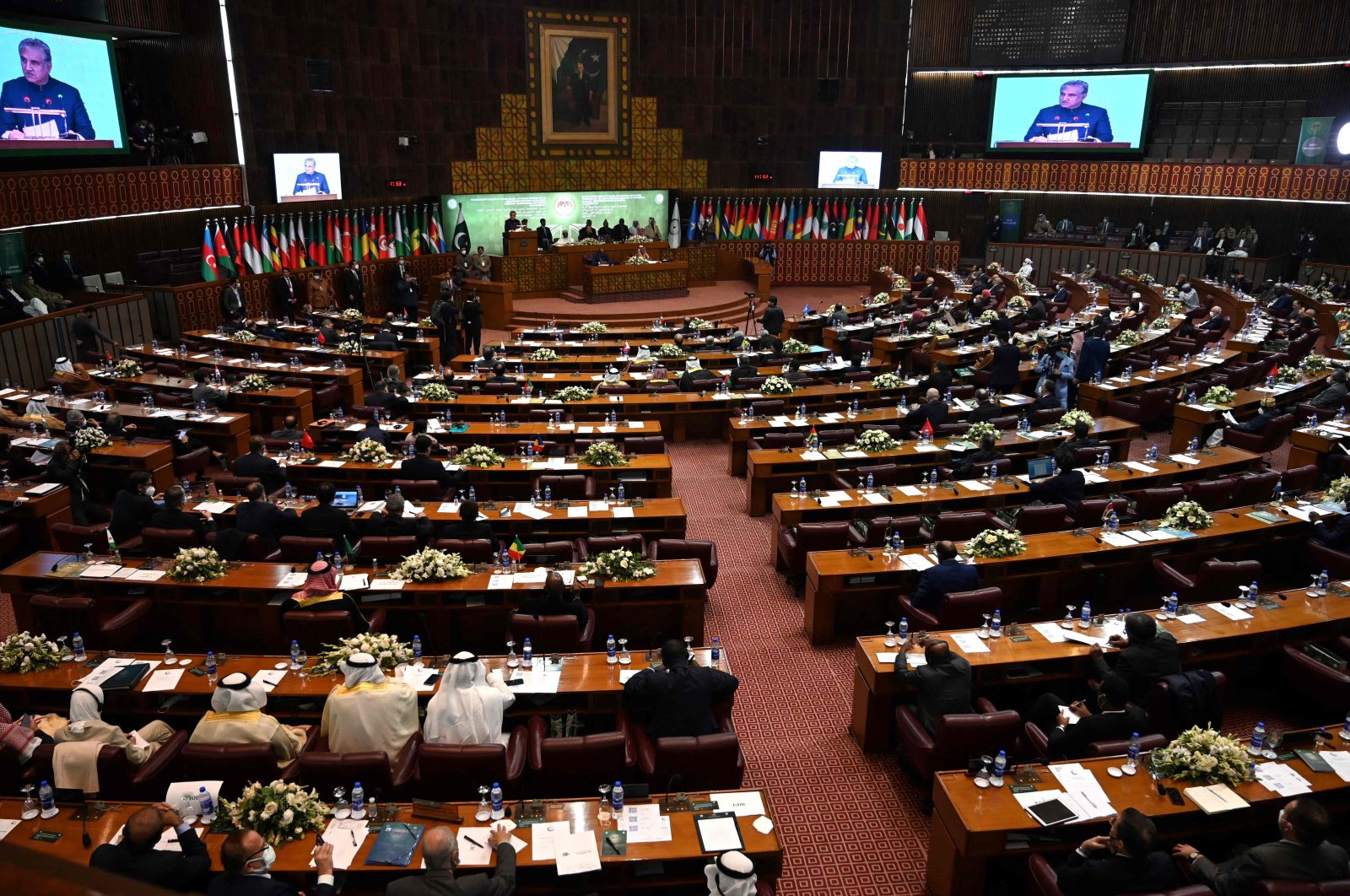 Foreign ministers who attended the last meeting of the Organization of Islamic Cooperation (OIC) agreed to establish a humanitarian trust fund to deal with the growing economic crisis in Afghanistan after the takeover by the Taliban administration after the withdrawal of the United States.

The fund will be set up under the Islamic Development Bank to channel aid to Afghanistan in coordination with other groups, Pakistani Foreign Minister Shah Mahmood Qureshi said at a press conference .

A final statement from the meeting said allowing Afghanistan access to its financial resources would be essential to prevent economic collapse and said realistic ways to unfreeze billions of dollars in central bank reserves should be explored.

Qureshi said the worsening crisis could lead to mass hunger, an influx of refugees and a rise in terrorism.

“We cannot ignore the danger of a complete economic collapse,” he told the meeting, which also included Taliban Foreign Minister Amir Khan Muttaqi alongside delegates from the United States, the United States. China, Russia, the European Union and the United Nations.

The meeting is the largest conference on Afghanistan since the fall of the US-backed government in August and the Taliban’s return to power.

Since then, billions of dollars in aid and assets have been frozen by the international community, and the nation is in the middle of a harsh winter.

The United Nations has repeatedly warned that Afghanistan is on the brink of the world’s worst humanitarian emergency with a combined crisis of food, fuel and cash.

Pakistani Prime Minister Imran Khan has said the world must separate the Taliban from ordinary Afghans.

“I am speaking specifically to the United States that they must dissociate the Afghan government from the 40 million Afghan citizens,” he said, “even though they have been in conflict with the Taliban for 20 years”.

He also urged caution in linking recognition of the new government to Western human rights ideals.

“Every country is different … every society’s idea of ​​human rights is different,” he said.

No nation has yet officially recognized the Taliban government, and diplomats face the delicate task of channeling aid into the ailing Afghan economy without backing hard-core Islamists.

Almost all of the opening speakers mentioned the need for the Taliban to protect the rights of minorities and allow women and girls access to work and education.

The OIC meeting was not expected to give the new Taliban government the official international recognition it so desperately needs.

Taliban Foreign Minister Amir Khan Muttaqi said his government “has the right to be officially recognized”.

“The current Afghan government is cooperating with all foreign organizations,” he told reporters, adding that the sanctions “must be lifted”.

In a speech to delegates, he said the US asset freeze “is a gross violation of the human rights of Afghans and can be interpreted as enmity with an entire nation.”

Pakistan, Saudi Arabia and the United Arab Emirates were the only three countries to recognize the previous Taliban government.

Qureshi said the OIC was urged to consider a six-point plan to help Afghanistan that would engage with the Taliban authorities to help ease pressure on the country.

This would include coordinating aid, increasing investment, helping rebuild Afghan institutions, and providing technical experts to manage the economy.

Any promise of help was to be announced on Sunday evening.

The meeting takes place under high security, Islamabad being locked down, surrounded by barbed wire fences and sea container roadblocks where police and soldiers stand guard.

Keep up to date with what is happening in Turkey, its region and the world.