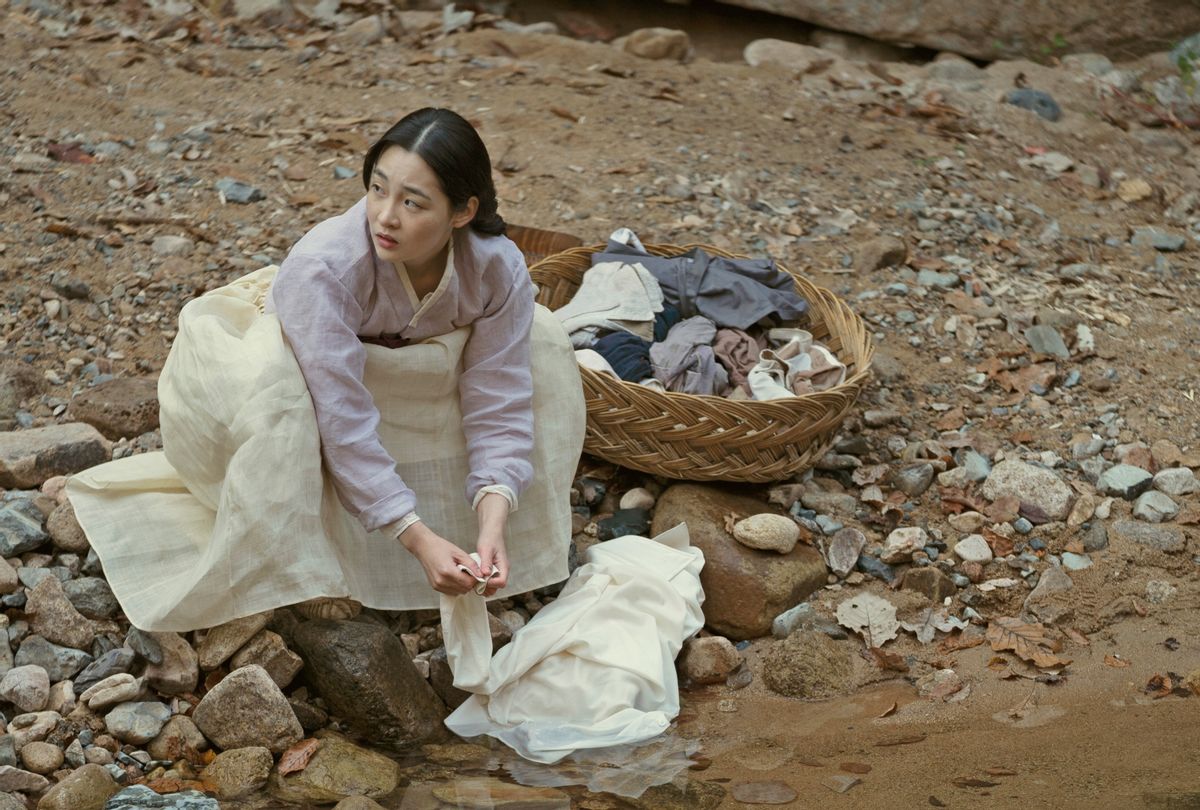 As a fan of “Pachinko”, the internationally acclaimed novel by Min Jin Lee, I have been closely following the news of its adaptation and have been eagerly waiting to see how the main character, Sunja, will come to life in the novel. ‘screen. What I didn’t expect from the Apple TV+ adaptation, however, was how closely I would relate Sunja’s experiences to those of my own grandparents.

In the show’s early episodes alone, we see three different versions of Sunja – Sunja as a precocious, bright-eyed, pragmatic only child in the face of the harsh realities of Japanese-occupied Korea, Sunja as a carefree teenager who fatally catches the eye of a handsome stranger at a fish market, and an elderly Sunja as a grandmother in Osaka, preparing for a trip home to scatter her sister-in-law’s ashes .

While the novel is grand in its chronological scope, “Pachinko” as a spectacle differs radically in that it travels through time and space. It intercuts cuts of young Sunjas, played by newcomers Yuna Jeon and Minha Kim, with elderly Sunja, played by brilliant Oscar winner Youn Yuh-jung (“Minari”). The show shines brightest when we are able to trace Sunja’s trajectory as she immigrates from Korea to Japan; Through Sunja’s grief, loss, and farewell, we encounter the foundational events that shape the old Sunja in her later years. By introducing all of these Sunjas early on, viewers recognize that no matter what happens on the show, she will be surrounded by loved ones and she will live a long and full life.

My own grandmother must have sliced ​​her homemade kimchi hundreds of times.

In an earlier scene, teenager Sunja is in her front yard preparing breakfast for the boarding house. She picks up gamasot rice and deftly cuts a head of Napa cabbage in half on a wooden cutting board. Decades later, elder Sunja walks through, cutting kimchi and preparing banchan for her family’s breakfast in Osaka.

Want a daily recap of all the news and commentary Salon has to offer? Subscribe to our morning newsletter, Crash Course.

As the footage indicates, it’s clear that Sunja has performed this morning routine throughout her life. It’s such a simple and seemingly unceremonious act; my own grandmother must have sliced ​​her homemade kimchi hundreds of times before each of our meals. It’s as if seen through Sunja, her hunched shoulders a familiar sight as she stirs soybean paste in the pot and prepares kimchi early in the morning.

Like many Korean elders who lived through colonial occupation, war, and poverty, my grandparents don’t often talk about the past. From what I understand: before my grandfather was born, his family migrated to the outskirts of Tokyo in the 1930s, about a decade after Sunja would have made his own journey across the sea from ‘East. They joined the more than 800,000 other Korean migrants who sought economic opportunities in Japan during colonial rule. Korea – or Chosun, as it was called by Westerners at the time – was destitute, its territory stripped of wealth and resources by Japan. My great-grandfather, who was a welder, decided to undertake a migratory pattern familiar to all those who come from colonized nations; when the homeland became uninhabitable, he left for the land of the colonizer to ensure the survival of his family. 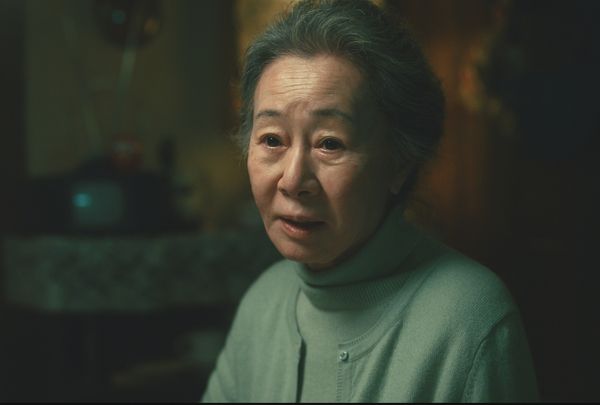 Watching “Pachinko” deepened my understanding of my great-grandparents’ painful choice to move to a country that hated their very existence.

Therefore, my grandfather’s country of birth was Japan and his second language was Japanese, a fact that I always found fascinating and foreign when I was a child. Older Korean generations carry a much heavier sense of grief and animosity toward Japan for its colonial atrocities, many of which remain unacknowledged by the Japanese government to this day. The fact that my grandfather enjoyed reading Japanese novels seemed contrary to our nation’s perpetual boycotts against Japanese products and the protests against the sexual slavery of Korean women during Japanese rule that constantly made headlines. Watching “Pachinko” and learning more about the persecution that Zainichi Koreans faced during that time also deepened my understanding of my great-grandparents’ painful choice to move to a country that hated their very existence.

But “Pachinko” doesn’t just represent the sacrifices and hard work of Sunja and the other Zainichi. When young Sunja falls in love with Hansu, the charming and enigmatic Korean-Japanese fish broker, she experiences the chills and heartbreak of young love. When Hansu leaves her side, she stares wistfully through the rain like a teenage girl in love; when he returns from Japan, she rushes into his arms. In later episodes, we see the slow love and trust that develops between her and her minister husband in Osaka. 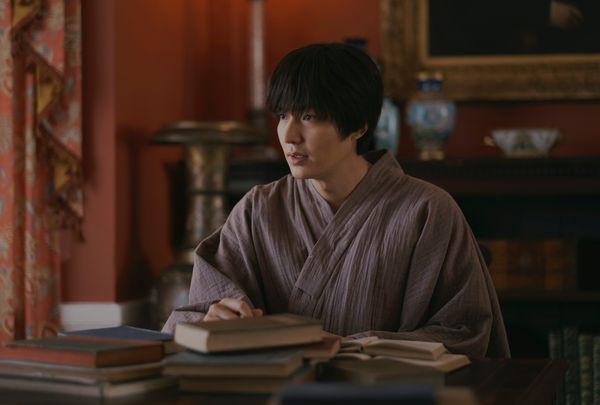 Lee Minho in “Pachinko” (AppleTV+)Unlike old Sunja, who only returned to Korea in her later years, my grandfather’s family returned to Korea soon after he was liberated in 1945. Most of their savings were in yen, and they quickly discovered that the currency of recently defeated Japan was virtually worthless in their homeland. They had to start from scratch once again. My grandfather says he stood on his tiptoes, looking over a school window sill to listen to lessons as he carried firewood for his family.

Despite the odds, he would eventually graduate from college by taking night classes after my mother was born. He was the first person who instilled in me a deep love of reading. Every summer we sat side by side on our sticky bamboo mat, our noses stuck in books. We spent hours in the sweltering Seoul heat as I flipped through the volumes of my latest Korean manhwa fixation and his fingers traced kanji characters. With his other hand, he waved a paper fan that slowly chilled both of us – a flick of the wrist in my direction, then his. When people ask me how I kept my Korean into adulthood, I talk about those months etched with a hazy golden nostalgia.

My grandfather was diagnosed with Alzheimer’s disease a few years ago — the man who taught me to love books can’t read them anymore. The words he reads are almost immediately forgotten, an eraser erasing any new entry.

Like the many versions of Sunja, I see glimpses of her past – a vivacious young man and husband, a stern father, an erudite grandfather – alongside her present, ailing self. But as with Sunja, I see the love he received and given to our family that will remain unchanged. It’s difficult with my grandfather’s failing memory to ask him questions about his childhood. Maybe that’s why I enjoy a show like “Pachinko” so much, which allows me to imagine what his life might have been like in Japan and Korea, and to see the story of my grandparents in screen – both their past struggles and their moments of jubilation.