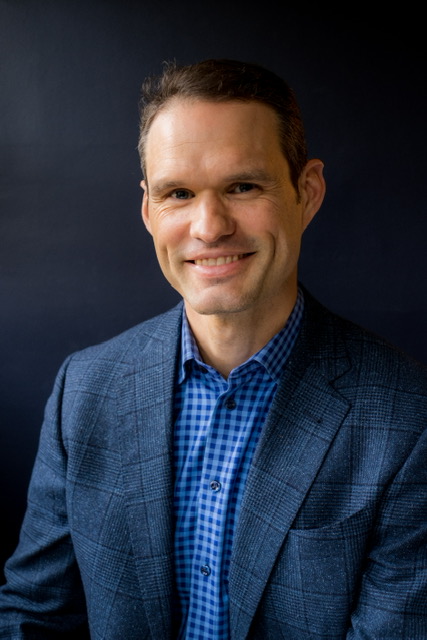 In February, Markham McIntyre agreed to step down as Vice President of the Seattle Chamber of Commerce to lead the Seattle’s Economic Development Office (OED) like mets new acting director.

In a city facing record economic and social upheaval, he knows he has his work cut out for him, with downtown crime and the return of workers to the thorny relationship with Amazon. Given the size of the city’s tech community, he also knows that some of the solutions to the city’s problems will be found through a better relationship with that community.

McIntyre recently sat down with GeekWire to explain why he took the job, what he’d like to fix first, work with the tech industry, and more. The interview has been edited for brevity and clarity.

GeekWire: Why did you take the job?

Markham McIntyre: Because I deeply love this city. I am a born and raised Seattleite. Coming from the Chamber, I have some ideas on how to improve the OED. It’s just an incredibly pivotal time for Seattle’s future as we emerge from the pandemic and begin to get back to the office and understand the economy, what the opportunities are and make sure the city is doing its best to trying to ensure that Seattle continues to be an area of ​​prosperity. It’s just an incredible opportunity for the city, for the region and for our residents.

What do you think the city needs to do to better communicate and innovate with the tech community?

If we can be clearer about what the city can and cannot provide, then we can bring other partners to the table – whether in the private sector through philanthropy or other types of public bodies – in these shared objectives and the resolution of common problems. The city needs to be prepared to get uncomfortable in these conversations because I know there is sometimes a lack of trust between the city and our tech community.

We need to repair that trust. We must also be willing to talk about some of these thorny and difficult issues. Whether social or economic, problems that don’t necessarily have easy answers or can’t be solved with a quick product or app. Workforce diversity, wage disparities and affordability issues. We should have these conversations and be prepared for it to get a little messy. I think it’s going to be crucial for us to stay at the forefront of the innovation economy.

Do you think this is a priority for the first months of office? Or do you think you’re going to focus more on post-pandemic economic recovery?

We have to do both. Some industries and businesses still need some level of emergency relief and recovery efforts. And then we have companies and industries that have weathered the pandemic much better and are well positioned to take off. In OED, we need to have strategies that address both. Again, we’re not going to do this in a silo and expect the city or this office to do it alone. We have to do that through partnerships, communication and building trust with some of these other actors across the region.

Speaking of which, some downtown businesses aren’t bringing their employees back to the office, citing crime as a concern. Other tech companies have moved to Bellevue, claiming it’s a panacea for business. How is the Office of Economic Development responding to this? Companies don’t really talk about issues that are specifically within your purview.

Economic recovery for the region and for the state will not happen until we have demonstrable improvement on the streets of downtown Seattle. Downtown Seattle is a huge economic engine for the state and region. And it is truly the symbol of our prosperity. Until we have progress, both on public safety and on homelessness issues, it will be very difficult to say that we are recovering or turning the area into a thriving city again. .

We work with our partners. We are working with the Mayor’s Office, the Seattle Police Department and the Department of Neighborhoods on what we can do and how we can play a positive role. We can communicate what companies tell us about what they hear and what their needs are. We need to get a handle on both the acute, short-term issues people are facing right now, like broken business windows and public safety issues around transit corridors.

But we also need to stay focused on long-term solutions to make people more economically stable with upward mobility pathways. I see OED’s role as helping to coordinate with other departments that have a more direct role in public security.

How important is it to get people back to the downtown Seattle office?

I think that’s damn important. Not just for these employers. I think it’s also important for businesses on the main street that will rely on foot traffic when people return to the office. Considered an ecosystem, this foot traffic generates a lot of prosperity for small businesses. Without it, it creates a gap. I don’t know if everyone is going to go back to the office five days a week. We’re going through a bit of a bumpy time as people adjust to returning to the office and figuring out what that means for some of these high street businesses. But I think it’s vital for the future of downtown.

Let’s talk a bit about the natural tension among clients in your office. What’s good for Amazon isn’t necessarily good for a small business and vice versa. How do you deal with the inherent strain of servicing big city tech companies, high-rise businesses, and smaller ones as well?

Businesses are unique, and you can’t just group them by size and assume that really explains what their needs are or where they’re going. Different sized companies will need different things and different levels of resources. How do we help small businesses grow into medium-sized businesses? And then, how do you help these medium-sized companies become future giants? We tend to focus a lot on startups. And we tend to spend a lot of time and energy on the big players. Less attention is paid to some of these people in the middle. This is super important and I would like the OED to explore what these opportunities look like.

I would also say that for OED, we also have to recognize that many of these large companies have staff who deal with public policy, community affairs or government affairs. Many small businesses don’t. We have to be intentional about how we bring some of these small businesses to the table and make sure they have a voice in some of these economic development discussions, knowing full well that they have businesses to run. And it’s not necessarily their top priority to come and sit at our table. We need to find a way to make sure they’re included so that we’re not (just with) the big players who have paid staff to do this stuff.

What should the tech community do to work better with OED?

This is a two part answer. I think it actually starts with us, because I think the city doesn’t have much faith in our businesses in general, or the tech community in particular. I think we have to figure out how to restore that trust. And I think that starts with listening to us and communicating better, who we are, who we serve, why we serve them and how. So I think we have a role to play in repairing that relationship.

Give me an example of a partnership between the city and the tech community that you think solves an existing problem?

I’ll give you an existing partnership that I think is a good example of what I’d like to see more of: the housing connector organization. This is a great example where the city and county had a hard time communicating with landlords because there’s a little trust issue. But the city came to the House and said, “Hey, we have funds to think about how we’re going to organize this differently. Can we work together to do this? We said yes, because we had a little more confidence with the owners. Very quickly, it became apparent that Zillow cared deeply about this issue as well and had technical expertise to contribute as well as resources.

Using city and county funding to catalyze this new organization, then the arrival of Zillow and her ability to supercharge it with her talents and resources, she now houses people here locally and in Pierce County and she potentially becomes a national model. And it exists outside of the City Portfolio or Zillow; it broke up and now it’s a healthy organization on its own. Like I said earlier, it’s using leverage, city and county resources, and then Zillow’s expertise to build something that’s sustainable and scalable.

Do you want the tech community to identify these areas of partnership as well, or do you think that’s OED’s job?

I think there’s this weird thing about Seattle, where the tech community is sort of “altered.” And the reality is, I’m pretty sure the tech community wants what most Seattleites want, which is well-functioning governments, beautiful, safe neighborhoods, lots of lovely restaurants, and some sort of dynamism for the city. I think there is a huge opportunity, there are a lot of common goals that we could find.