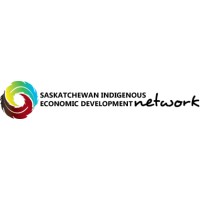 The co-chair of the Saskatchewan Indigenous Economic Development Network says there are many reasons to celebrate the organization’s tenth anniversary.

The Economic Development Network was founded in 2012 to strengthen Indigenous economic opportunities in Saskatchewan.

The network has hosted and organized several events since its inception, including the historic Global Indigenous Business Forum in 2016.

“This is a great opportunity to reflect on how far our nations have come over the past decades to develop economic self-sufficiency. There is still a long way to go, but there are now many successful role models that point the way” , said Milt Tootoosis, Co-Chair, “SIEDN will continue to play its part in building the capacity of our communities and our entrepreneurs to create prosperity in our nations.”

Tootoosis pointed to nearly 80% growth in Indigenous businesses in Saskatoon as one of many reasons to celebrate.

“It tells me there’s tremendous growth across Saskatchewan,” Tootoosis said.

SIEDN celebrated its anniversary with an event at Wanuskewin Hertige Park this week.