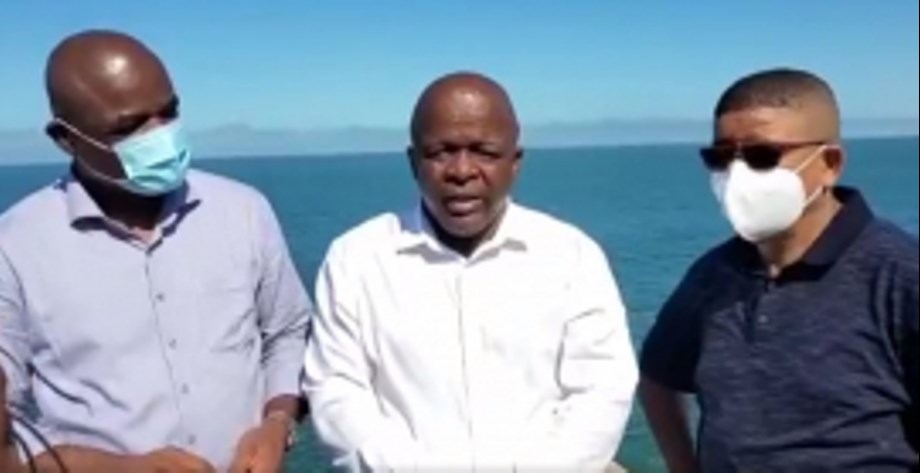 Minister for the Presidency Mondli Gungubele said South Africa’s potential in green hydrogen production can be a catalyst for economic growth and job creation in the wake of COVID-19.

He was speaking at the Green Hydrogen Stakeholder Engagement in Port Nolloth in the Northern Cape – not too far from the planned Green Hydrogen Special Economic Zone at Boegoebaai.

Green hydrogen has been touted as the fuel of the future due to its low carbon emissions when used and South Africa’s potential ability to produce large quantities of it through renewable energy sources could make of the country a leading player in this market.

“South Africa can maximize the potential of green [hydrogen] by following a dual strategy of maximizing the export potential of [hydrogen] short-term derivative products and using [hydrogen] as a catalyst for domestic industrial decarbonisation and attracting hard-to-reduce industries to relocate to South Africa in the medium term. Both strategies would be underpinned by location,” Gungubele said.

The minister pointed out that the country has key advantages in the green hydrogen market, including:

A higher endowment of renewable energies, both onshore wind and solar, which constitute the most important cost component in the production of green hydrogen

In-depth expertise in the Fischer-Tropsch process used to produce fuels such as diesel, gasoline and kerosene (jet fuel);

The availability of large tracts of relatively cheap land for renewable energy generation;

A large electrical network for the rolling of renewable energies; and

A large national industrial base as a source of local demand.

Gungubele said the global hydrogen export market will reach a potential value of at least $300 billion per year by 2050.

He explained that as a result, the government is making plans for the country to participate in the market.

“These projects and strategies, as well as the [Department of Science and Innovation’s] The Hydrogen Society Roadmap for South Africa will be the foundation for a national green hydrogen strategy,” the Minister said.

The two provincial governments have already signed three protocols for the production of green hydrogen, including:

The Memorandum of Understanding between the Northern Cape Provincial Government and Sasol; for Sasol to be the main developer of the planned SEZ Boegoebaai Green H2

A Memorandum of Understanding between the Provincial Government of the Northern Cape and the Port of Rotterdam (PoR) for the PoR to act as a green hydrogen demand aggregator in Europe; and

A Memorandum of Understanding between the Gauteng Provincial Government and Sasol for Sasol to develop green hydrogen production facilities in Gauteng aimed at decarbonising the national industry.

The minister reiterated that as the government continues its work to revive the economy, the development of green hydrogens remains a big frontier for the country.