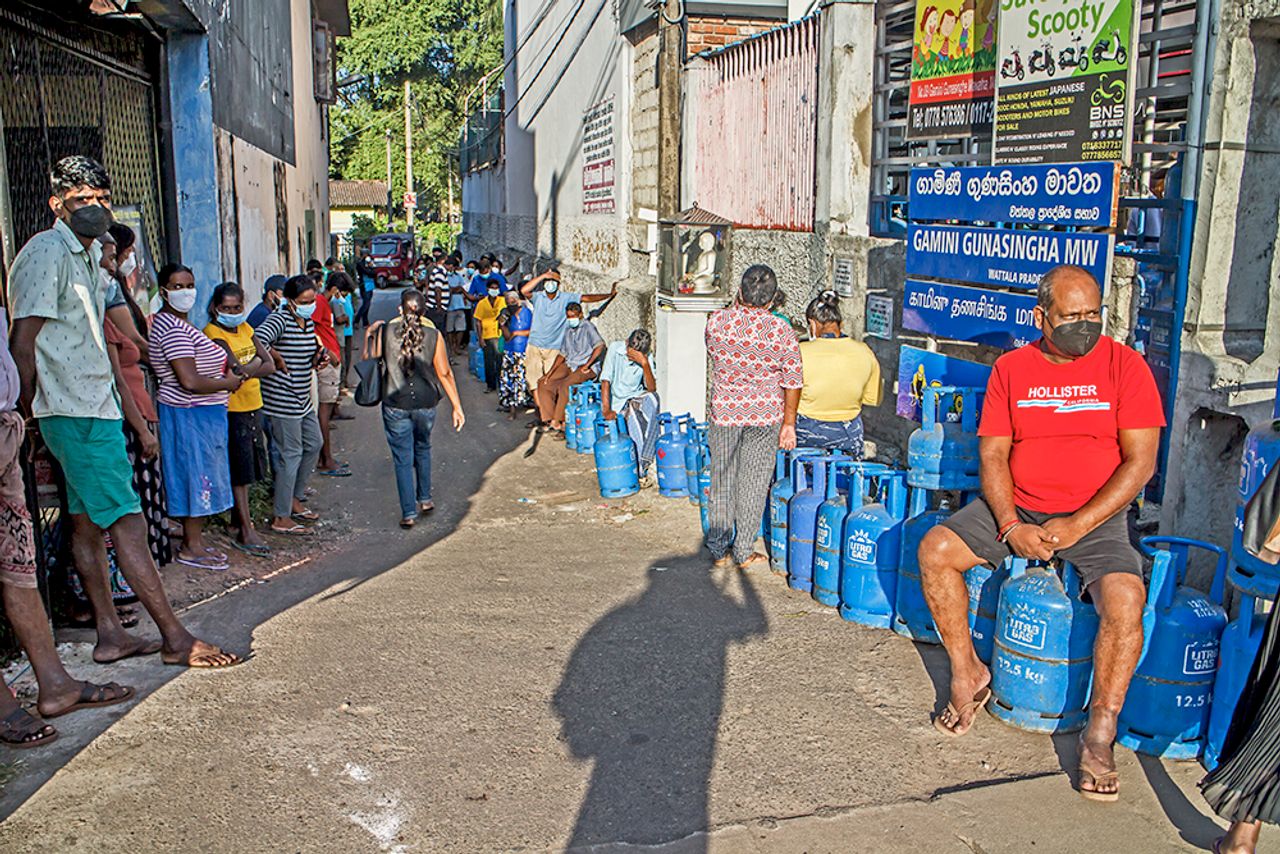 Addressing a meeting of selected media editors last week, Sri Lankan President Gotabhaya Rajapakse said last week that his government would realize its “prospects of prosperity and splendor” over the next three years.

He blamed his government for failing to deliver on bogus promises made in the November 2019 election over “pandemic-induced setbacks.”

Rajapakse was addressing a meeting of selected media editors to gain their support in deflecting the growing anger of workers and the poor over rising prices and shortages of basic necessities, and to prepare for the ground for more austerity measures.

Just a week earlier, the President had sacked the Secretary of the Department of Agriculture, Professor Udith Jayasinghe, for warning: “It is possible that food shortages will occur due to the current economic and social problems we face.

Populations face shortages of powdered milk, sugar, cooking gas, kerosene and medicines. Long queues have appeared in all parts of the country. A wave of strikes and protests by private and public sector workers erupted throughout the past year over demands for wage increases. Farmers continue to agitate this year to demand compensation for the devastation in agriculture caused by the government’s ban on fertilizer imports.

However, during his meeting with the editors, Rajapakse did not say a word about the intolerable conditions of the masses. Neither has any of the docile establishment media editors questioned, let alone challenged, the dire situation facing workers.

The president said his government had “succeeded” in implementing its vaccination campaign and “avoiding the worst disaster”, implying that the coronavirus has been brought under control. However, even according to underestimated and unreliable official figures, the total number of infections reached 600,000 and the death toll topped 15,000 on Sunday.

Rajapakse has not said anything about the dangers of the new, highly infectious variant of Omicron which has now been detected in many parts of the country. Health officials admitted yesterday that “there may be more undetected Omicron patients in the community.”

He falsely claimed that “no one saw the pandemic coming” when in fact the warnings of epidemiologists have been ignored for years by governments around the world. Far from preparing, successive Colombo governments have slashed public health spending, a trend that Rajapakse has continued over the past two years.

Like other governments around the world, the Rajapakse administration’s policy – “living with the virus” – puts profits before the health and lives of workers. Its primary concern is to place the burden of the country’s deep economic crisis on workers, farmers and the poor.

Rajapakse lamented the loss of $ 10 billion in foreign currency due to the collapse in tourism over the past two years. Remittances from foreign workers declined as exports suffered severe setbacks in the early months of the pandemic.

The government is desperately trying to get credit to avoid default. Last month, after China agreed to a $ 1.5 billion currency swap, the central bank announced that its reserves had increased to $ 3.1 billion.

These measures will not solve the crisis but simply make it more explosive.

Rajapakse told publishers that the government was forced to ban “unnecessary imports” due to the currency crisis. These so-called unnecessary imports include essential food products as well as electrical and electronic products. Their elimination also cost workers jobs.

According to the Association of Importers and Traders of Essential Foods, more than 1,000 containers of essential food remain stranded at the port as central bank restrictions have blocked the release of foreign currency to pay for them.

The government banned the import of chemical fertilizers last year under the pretext of “encouraging organic farming”. The cultivation of paddy rice, vegetables and crops has been devastated, as have the lives of poor farmers.

Unable to pay for the import of enough fuel and coal to maintain the electricity supply, Rajapakse suddenly declared his commitment to “boost renewable energy”. Ceylon Petroleum Corporation (CPC) closed one of its refineries on Monday because it was unable to import crude oil.

The government is discussing whether to ask for a bailout from the International Monetary Fund (IMF). Such an agreement will inevitably involve a series of new austerity measures, in addition to those already implemented, and new burdens on the working class.

As workers face rising inflation and job losses, the government has ensured that the money goes to big business and the wealthy elite.

The Central Bank injected three trillion rupees into the financial system, which boosted profits and fueled speculation. From January to September of last year, companies listed on the Colombo Stock Exchange pocketed a record net profit of Rs 292 billion. The main stock market index rose 80% and hit a record high of 12,226 at the end of 2021.

According to a Central Bank survey released last month, sales of high-end condominiums increased from July to September of last year, with most being bought by residents of Sri Lanka. This is another indication of the exorbitant wealth accumulated by the upper strata of society.

Opposition parties – the United National Party (UNP), Samagi Jana Balavegaya (SJB) and Janatha Vimukthi Peramuna (JVP) – criticize Rajapakse for the growing food crisis in order to exploit the anger of the masses against the government. However, none of them have a solution for the working class.

The UNP and SJB have directly called on the government to ask for a bailout from the IMF, well aware that this will cause further suffering for workers. The leaders of these parties have a long history of ruthlessly implementing IMF demands for austerity.

JVP leader Anura Kumara Dissanayake told media that any request for IMF assistance must be made “with caution” as it will impose difficult conditions. But he did not oppose such a move. And whether done cautiously or not, it will be the IMF, not the Sri Lankan government, that will dictate the onerous terms.

The pandemic only exacerbated the crisis of capitalism in Sri Lanka and around the world and made it clear that the capitalist classes and their governments put profits before everything else, including the lives and health of the people. .

It’s up to the working class to take matters into their own hands. The SEP called for the establishment of grassroots committees in factories and working-class suburbs to organize and oppose government policies and take the necessary measures to protect the lives of workers and their families. Such struggles must be guided by a socialist program to reorganize society to meet the pressing social needs of the majority of working people, not for the profits of the super-rich.