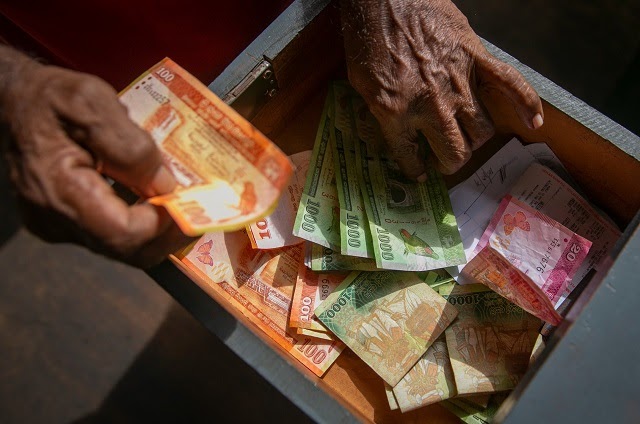 SL has just defaulted on its external debt for the very first time. Attributing its current situation to a Chinese “debt trap” is yet another distraction from Cold War propaganda – one that we will no doubt hear much more about.

Once considered a basic human needs success story, Sri Lanka (SL) is currently going through its worst economic crisis since its independence in 1948. Nevertheless, SL’s ‘moment of truth’ now offers lessons for other countries in development.

SL has just defaulted on its external debt for the very first time. Attributing its current situation to a Chinese “debt trap” is yet another distraction from Cold War propaganda – one that we will no doubt hear much more about.

In this fable, SL is a country trapped in debt due to white elephant projects conjured up and financed by borrowing from China. Blaming SL’s debt crisis on Chinese loans is not only factually wrong, but also obscures the origins and nature of its current crisis.

The SL Government’s external debt stock as of April 2021 was $35.1 billion. Policy mistakes reduced foreign direct investment (FDI), exports and government revenue, changing the composition of its external debt for the worse.

Debt to the Asian Development Bank (ADB), World Bank, China, Japan and other bilateral lenders, including India, amounted to about one-tenth each. Borrowing from capital markets – 47%, or almost half – is mainly responsible for the unsustainability of its debt.

After all, borrowing from multilateral development banks – mainly the World Bank and AfDB – and bilateral lenders is mostly on concessional terms, while debt from commercial sources incurs higher interest rates. students.

Commercial loans tend to be shorter in term and subject to stricter conditions. As sovereign bonds or commercial loans mature, their full value must be repaid. The cost of servicing the external debt increases accordingly.

As of April 2021, approximately 60% of SL’s debt was in terms of less than ten years. The share of debt denominated in US dollars increased sharply, from 36% in 2012 to 65% in 2019, with loans denominated in Chinese renminbi remaining around 2%.

Adding government-guaranteed debt to state-owned enterprises, total borrowing from China was 17.2% of SL’s total public external debt liabilities in 2019. Meanwhile, commercial borrowing increased rapidly, rising from just 2.5% of external debt in 2004 to 56.8% in 2019.

The effective interest rate on commercial loans in January 2022 was 6.6%, more than double that of Chinese debt. Unsurprisingly, SL’s interest payments alone accounted for 95.4% of its declining government revenue in 2021!

After its 2001 recession, SL recovered, before growth declined again after 2012 and the pandemic contraction in 2020. SL also experienced premature deindustrialization, with manufacturing’s share of GDP falling from 22% in 1977 to 15% in 2017.

Between 2012 and 2019, the share of International Monetary Fund (IMF) Special Drawing Rights (SDRs) in SL’s outstanding debt fell from 28% to 14%, while borrowing exploded! SL’s debt crisis is clearly due to the policy choices of successive governments since the 1990s.

As of February 2022, SL had only $2.31 billion in foreign exchange reserves, too little to cover its import bill and debt repayment obligations of $4 billion.

Its 22 million people face 12-hour blackouts and extreme shortages of food, fuel and other essentials such as medicine. Inflation hit a record high of 17.5% in February 2022, with food prices rising by 24% in January-February 2022. But the economic crisis is nothing new for SL.

As a commodity producer – exporting mainly tea, coffee, rubber and spices – export earnings have long been volatile, vulnerable to external shocks. Foreign exchange earnings also come from clothing, tourism and remittances, but their share has increased little over the decades.

Since 1965, SL has obtained 16 IMF loans, usually with onerous conditionalities. The last dates back to 2016 and provided US$1.5 billion over the period 2016-2019. Required austerity measures have reduced public investment, harming growth and welfare.

Second, the pandemic has hurt not only economic activity, but also foreign exchange reserves, as it has often paid monopoly prices to obtain COVID-19 tests, treatments, equipment, vaccines and other needs. 19.

The ethno-populist policies of the Gotabaya Rajapaksa government, which came to power in 2019, have added fuel to the fire. Successfully mobilizing majority Sinhalese Buddhist sentiment—against Tamils, Muslims, and Christians—he sought political support by cutting taxes for the “middle class”.

His government cut taxes across the board, collecting just 12.7% of GDP in revenue in 2017-19, one of the lowest shares among middle-income countries. Losing about 2% of GDP in revenue, its tax-to-GDP ratio fell to 8.4% in 2020.

SL’s value added tax rate has been reduced from 15% to 8%, while the VAT registration threshold has been raised from SL 1 to 25 million per month. Other indirect taxes and the pay-as-you-ear system have been abolished.

The threshold for minimum income tax has been raised from 500,000 SL rupees a year to three million, and few earn that much! Personal income tax rates have not only been reduced, but have also become even less progressive.

Thus, even more of the population became exempt from direct taxes, increasing the government’s popularity, especially among the middle class. But tax cuts have failed to spur investment and growth, despite the old claims of Ronald Reagan, Donald Trump and their “guru”, Arthur Laffer.

Facing budget and currency constraints, the government declared SL a 100% organic farming nation in April 2021. The ban on all fertilizer imports – ostensibly to promote “agro-ecological” farming in the part of a wider ‘green’ transformation – has exacerbated the looming ‘perfect’ storm’.

Clearly, the SL government approached the economic challenges it faced with “populist” policy choices. Instead of solving long-standing issues, it effectively “kicked the box” down the road, worsening the inevitable meltdown.