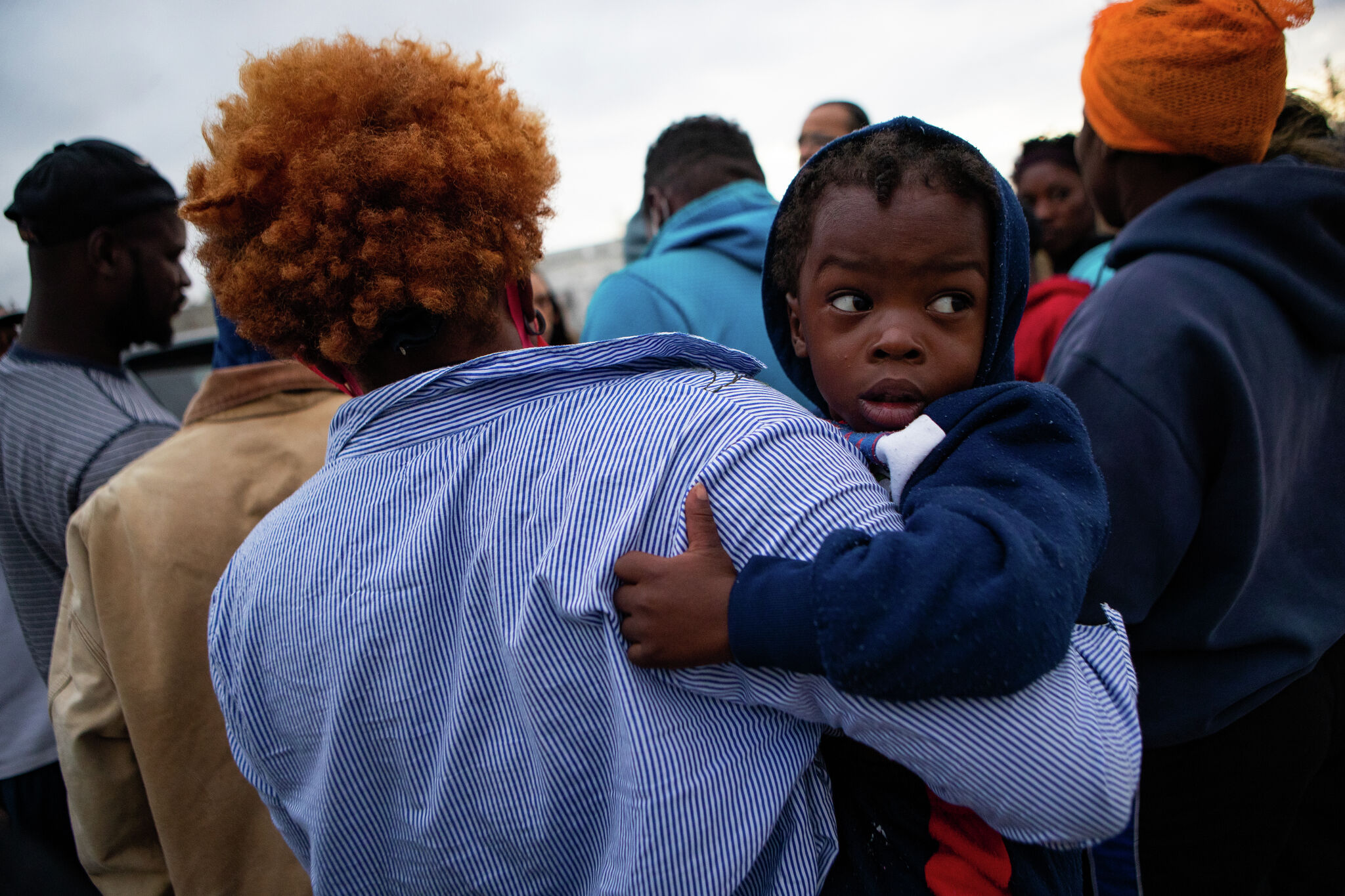 This was originally featured in the Houston Chronicle’s HouWeAre newsletter on race, culture and identity. You can register here.

From time to time, I try to share with readers the insights of our Houston Chronicle reporters who do the work to expose injustice and inequality, to educate about politics and politics, and to weave the complex stories and wealth that make Houston Houston – that hold each of us accountable as citizens and neighbors of the world.

Today, Elizabeth Trovall, our immigration reporter, talks about her jaw-dropping project, Haitian Odyssey, which follows Haitian migration 10,000 miles to the United States, and guides the reader through the hardships and the traumas that led to it and celebrates the resilience of the human spirit.

Q: Tell us a bit about yourself.

A: I was born in Laredo and raised in Pflugerville (suburb of Austin). After graduating from the University of Missouri, I moved to Santiago, Chile, where I lived for four years. There, I reported on South American economic news, but I also had the opportunity to cover political and cultural stories (like this one about a Chilean rock band that gave voice to the protest movement against the dictatorship). When I returned to the United States in 2017, I started covering immigration at Marfa and have continued to cover the beat in Houston, at NPR Station Houston (Houston Public Media) and now for the Houston Chronicle .

Q: Part of a journalist’s job is to break down complex issues into terms that are more digestible – and sometimes more sympathetic – for the reader. What drew you to immigration and politics?

A: Covering immigration is a way to better understand the world beyond America’s borders and it’s a constant testament to human resilience. Understanding the mind-numbing and wonky maze of immigration policy is important because the stakes are so high. When the government deports someone, that person is banished from the country and separated – perhaps forever – from their family. If a judge grants someone asylum, that person is freed from fear of persecution. The consequences of immigration policy are life changing, that’s why I try to understand it.

Q: Your Haitian Odyssey series is breathtaking in breadth and depth; it not only shows humanity in this crisis, but also the domino effects of economic and natural disasters. You covered the crisis in Del Rio, when it was used both as political fodder and as a backdrop for our broken immigration system – but what was different was the sea of ​​black faces that didn’t exist. Were not Central American migrants. Do you feel like the situation was handled differently because of that? And if yes, how ?

A: The fact that these were black and Haitian families from Del Rio undoubtedly played a role in the government’s response, media coverage and public reaction. What I saw in Del Rio was a militarized, repressive response to a humanitarian crisis and much of the reporting focused on the spectacle of it all.

I would like to share a quote from Guerline Jozef, who was in Del Rio in mid-September and leads the Haitian Bridge Alliance:

“Del Rio opened his eyes, a window for the world to see the reality of how the United States not only treats asylum seekers, but specifically black bodies. For the response that Haitian asylum seekers received would have been different, if they were of a different shade. It was fear of black people that created the response we saw. When you have men carrying children and food and states States react by unleashing armed forces… as if it were a war zone.

While covering the situation in Del Rio, I thought about how it might be different if it were light-skinned migrants. Although there are differences in the political context, it is difficult to imagine that the United States treats Ukrainians, for example, in the same way. It should also be mentioned that 11 Haitian migrants are suing the Biden administration for inhuman and discriminatory treatment at the Del Rio border.

To be clear, there’s no perfect way to run away from home, through cartel-controlled territory, and across the Rio Grande with a child on your shoulders. It was not the first time that we saw migrants in poor conditions at the border, and it will not be the last. And Central Americans are still not allowed to seek asylum in the United States under Title 42, even though many Haitians have been allowed to enter the country. There are a lot of nuances to unpack when we start comparing the treatment of different nationalities.

Q: What have you learned from following and telling the story of Haitian migration?

This project was (unfortunately) the first time that I paid particular attention to Haitian-American relations. Many readers may know this, but I didn’t: The United States has repeatedly played a role in Haiti’s political and economic instability, dating all the way back to the Haitian Revolution when black Haitians fought the French colonizers, simultaneously gaining independence and abolishing slavery. It was the turn of the 19th century and the United States placed a crippling embargo on Haiti, cutting it off from what could have been a powerful economic ally – why? The United States, which would take decades longer to end slavery, did not want to support a liberated black nation. It didn’t officially recognize Haiti until 1862. This is just one example – there are many – and it’s a good reminder to read more history books.

Q: As a journalist, I think there is always a moment or an event or a person that touches you in a powerful and often unexpected way that can make you think differently about life, identity or your place and your role in the narrative. Who or what was it for you in this cover of the series?

A: Like so many Haitians I interviewed for this story, I also lived in Chile for several years as a foreigner. Living there reminded me daily of my privilege as a white, educated American citizen.

As I began to tell this story and sat down with Exodus, Domingo, Jean, Quettlie and others, their stories caused me to look back on my own memories and reconsider how the larger societal forces at the Chile allowed me to have this cultural enrichment. experience, were in many ways the same forces that created hostile conditions for Haitians who were there for a better life.
At the same time, in these conversations, we often found moments to bond over the cold Chilean winters, unique slang words or how much we loved cazuela. Chile was our common ground. And even after unloading difficult accounts of their life there, I was surprised at how many Haitians who had gone on this trip still referred to Chile as a beautiful country.

A: Thank you to the people who trusted me with their stories.

Do you have a story to share or do you know of one that needs to be told? Share it with us here.

Join the conversation with HouWeAre

We want to foster conversation and highlight the intersection of race, identity, and culture in one of America’s most diverse cities. Sign up for the HouWeAre newsletter here.

The war in Ukraine has a modest impact on economic growth of the DM; Business confidence collapses