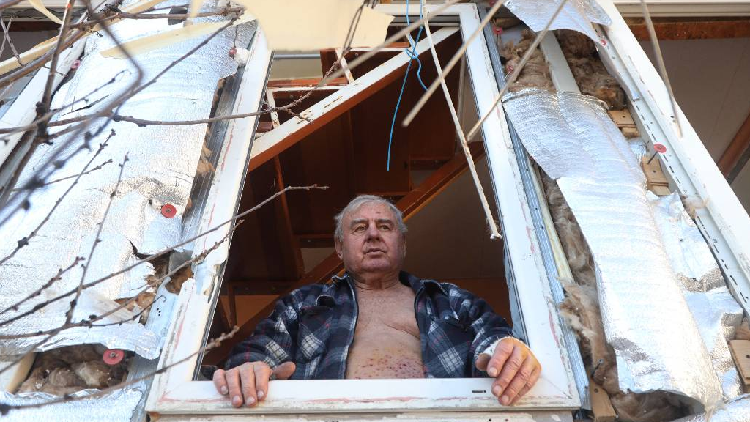 “The invasion wiped out economic development” – adviser to Zelenskyy

Speaking from Ukraine, Oleg Ustenko said that in many ways the country had been destroyed by war.

“We’ve already lost several hundred billion US dollars in assets. We’re talking about the economy where GDP last year was an all-time high of $200 billion.”

Ustenko explained that the military attacks occur during a crucial annual period for Ukrainian agriculture.

The country, often described as the breadbasket of Europe, is one of the main suppliers of essential products like wheat and sunflower oil. Countries with precarious economies like Lebanon depend on Ukrainian exports to feed their people.

“It is really necessary to stop the war as soon as possible, or even if you only think in terms of international food security,” urged Ustenko.ecurity, urged Ustenko. A man looks out of the window of his partially destroyed house after the bombardment by Russian warships, on the outskirts of Odessa./AFP/Oleksandr Gimanov

A man looks out of the window of his partially destroyed house after the bombardment by Russian warships, on the outskirts of Odessa./AFP/Oleksandr Gimanov

The destruction of Ukrainian cities, infrastructure and industrial sites will require huge funds to rebuild afterwards. Ustenko is advocating for Ukraine to receive funds from assets frozen by sanctions against Russia, a position supported by some European Union politicians.

“We think we can use the frozen money from the Central Bank of Russia, and we’re talking about $300 billion here.”

Reuters reported that European Union leaders are expected to agree this week on an international fund to help finance Ukraine’s reconstruction.

“Bearing in mind the enormous destruction and losses caused to Ukraine by Russia’s military aggression, the European Union is committed to providing support to the Ukrainian government for its immediate needs and, once the Russian assault ended, for the reconstruction of a democratic Ukraine,” the leaders will say following a summit on March 24-25, according to a draft statement from the summit seen by Reuters.