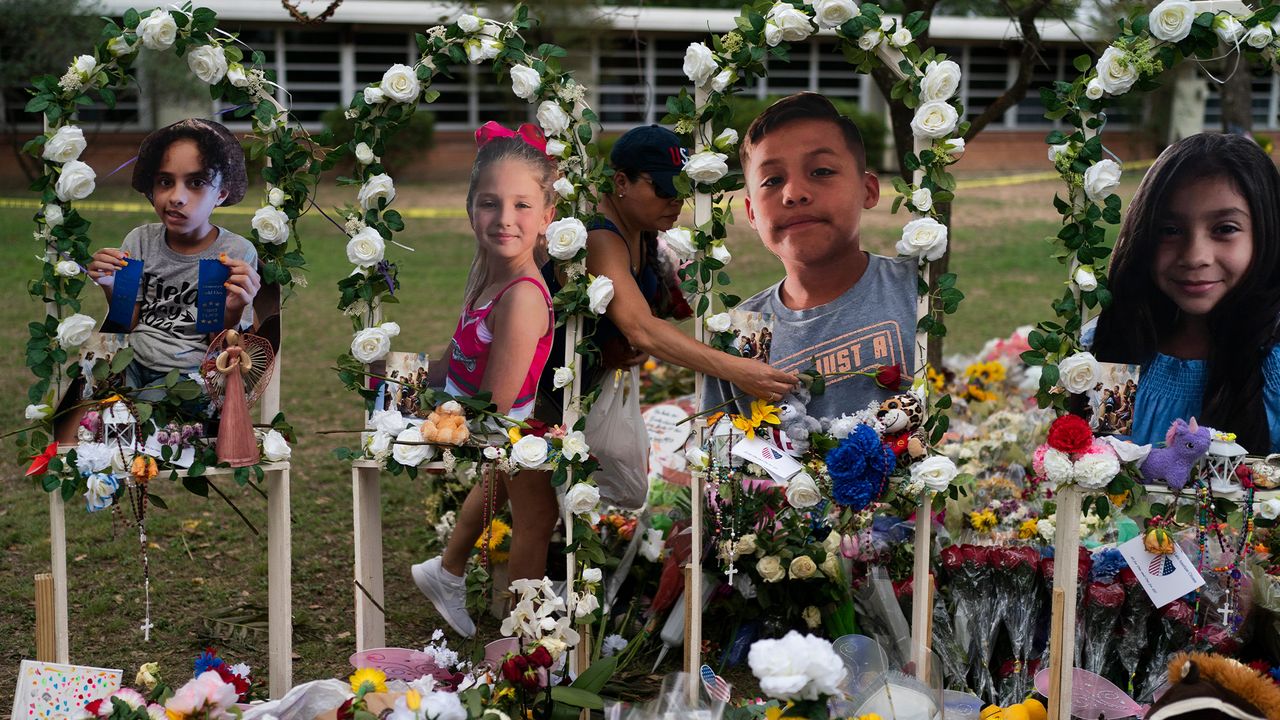 The Uvalde Massacre and the Pathological Violence of American Life

The shooting in Uvalde, Texas on May 24 sparked a lot of discussion. The scale of the horror and the depth of the audience reaction suggests that a “tipping point” has been reached.

Many people in the United States and elsewhere are raising questions about the event. How could such a thing, the massacre of small children, take place? Parents have been placed in the impossible position of having to try to explain to their own children, potential victims, why incidents like this happen.

At the same time, everyone knows it’s only a matter of time until news of the next, and possibly worse, mass slaughter hits television and computer screens. Where, when and how many victims are the only unanswered questions. …and filming after that. Anxiously waiting for the next shoe to drop has become a daily way of life in America.

The massacre of innocent people in Texas reveals a deep pathology at the heart of American society. A large number of people are sincerely trying to understand how the current state of life in the country is destabilizing a fraction of the population in this murderous way. Politicization and radicalization are taking place.

On the whole, however, the masses of people Again make the connection in particular between official violence – the endless wars and threats of new and broader wars, the relentless killings by law enforcement, the establishment’s essential indifference to a million dead in a preventable pandemic – and how the most psychologically predisposed individuals experience it, absorb it and even reproduce it.

The “susceptibility” is mediated by the political and economic situation, as well as by the social and cultural atmosphere. This is not the first violent period in American or world history. What generates a truly damaging “double despair” in some young people is the combination of their own seemingly miserable personal outlook and the barren and repugnant state of public life they see before them.

The absence of any mass progressive social (or anti-war) movement, even of a reformist type, has far-reaching consequences. Human beings, with the exception of a handful, do not live for stock prices or the latest military equipment. The ruling class thinks it can get by with endless sleight of hand. The Democratic Party is proposing an African-American candidate guaranteeing historic change, a candidate supposed to speak on behalf of an underrepresented half of the population, an “honest Joe” promising the most radical administration since the New Deal. Each of these lies only deepened the cynicism and disillusionment.

The media records popular revulsion at the gunman’s actions in Uvalde, always trying to channel it into the narrowest and, if possible, socially backward directions. However, when it comes to US military violence in Iraq or Afghanistan or any number of other places, or its proxy war in Ukraine, the press and TV news take a different tone. In these cases, the glorification of murder and death continues unabated, and not just in Murdoch-owned fascist outlets.

The New York Times recently published a typically bloodthirsty article titled “Caring for Russia’s Dead as They Pile Up in Ukraine,” which reveled in the carnage. It described the efforts of a Ukrainian soldier to recover the corpses of Russian soldiers who had died in the war.

The Time continued, “It’s the best job in the world,” the anonymous soldier said, “of the dark satisfaction one finds in picking up the corpses of the invader.” Business Internthe Financial and Business News website, for its part, recently reported: “Ukrainian soldier in liberated town says killing Russian forces is ‘like a sport now’. This only echoes US propaganda about its neo-colonial “liberation” efforts, fraught with atrocities, torture and massacres, in the Middle East and Central Asia.

Why should one imagine that the daily glorification of the slaughter of other human beings as a legitimate and even preferable solution to difficult problems would not communicate viscerally to individuals who find themselves in what they consider to be impossible personal bonds?

Mass death has also been “normalized” over the past two years thanks to the COVID-19 disaster. The population has been told at all times that they must “learn to live” with the pandemic, that in fact they must “overcome” any sentimentality towards the sick and the dead. The Timethe the wall street journal and others have made a point of presenting the maintenance of profits and business as a far more pressing matter. Again, what corrosive impact does this continued devaluation of human life, the complacent acceptance that many elderly, poor and otherwise vulnerable people will fall victim to the virus, have on the texture and quality of popular life?

At the same time, the Uvalde episode is making the ruling elite nervous. After all, it gives America a big black eye. On the NBC News website, Jacob Ware, research associate for counterterrorism at the Council on Foreign Relations, commented bluntly on May 29: on human rights and increasing one’s vulnerability to enemy propaganda. … Tuesday’s shooting is particularly likely to hurt America’s position in denouncing Russian violence against children in Ukraine.

Guided by this general concern, the Washington Post attempted in an op-ed the same day to distract from America’s pathological state by incorporating the events at Uvalde into a universal, presumably inexplicable process in which “young lives” are “cut short”. The young people, the Job concluded, “continue to be deprived of their lives and futures – through neglect, greed, orchestrated hatreds or delusional assaults – in places from Ukraine to Uvalde, Texas.”

Indeed, there is a link between the deaths of Uvalde and those of Ukraine, in a conflict deliberately provoked and now stoked by Washington, but it is not one of the Job, the personal property of one of the world’s richest men, chooses to make it clear: both tragedies are tied to the brutal and crumbling state of American capitalism and the eruption of its endless violence, the country and the ‘foreign.

Statements by establishment pundits on the Uvalde incident continue to be as banal and misleading as ever. The devil of the American ruling elite will not voluntarily cut his claws – he is unable to even recognize them.

Much of the attention has been directed towards the inaction and incompetence, or worse, of law enforcement in Uvalde. While the media no doubt uses this element to distract from other troubling phenomena, this aspect of the disaster has rightfully outraged both families in the city and wider sections of the population.

Generally, as Hurricane Katrina and countless “natural” and social disasters have demonstrated over the past two decades, the vast military-police machine, swollen beyond recognition by “war against terrorism” and the establishment of “internal security”, is useless when it comes to protecting the population. That’s not his goal. This apparatus is generally valid, in the United States and on the rest of the planet, only for repression, in particular to kill the poor, the defenseless, the insufficiently armed or totally disarmed.

In keeping with this social reality, a relative of Uvalde complained bitterly of being arrested by U.S. Marshals and handcuffed after urging law enforcement to do something about the ongoing massacre. The woman “said she saw other relatives being pushed to the ground, pepper sprayed and tasered. ‘They didn’t do this to the shooter, but they did this to us,'” she said. said “That’s how I felt.”

A vile, rapacious and ignorant ruling class presides over American society. Political leaders, in both major parties, as well as bankers and corporate CEOs, are hated by all honest parts of the people. The media exist only to inject poison into the atmosphere and annihilate serious thought, silence or drown out critical voices.

But masses of people, enduring one life-altering experience after another, conclude that they’ve had enough.

Inexorably, organically, a movement begins to break through the corrupt frame. This finds its first reflection in the rejection of contracts imposed on workers by the unions, criminal accomplices of the financial oligarchy.

Generalized anger and revulsion is a necessary and welcome development. This already demonstrates that political pessimism is both unwarranted and deeply reactionary. But this healthy feeling must be elevated and take a consciously radical and anti-establishment character through the growth of socialist understanding and influence in the working class. Significant progress will be made when the very foundations of capitalism in America are questioned and challenged on a grand scale.

The Socialist Equality Party organizes the working class in the struggle for socialism: the reorganization of all economic life to serve social needs, not private profit.