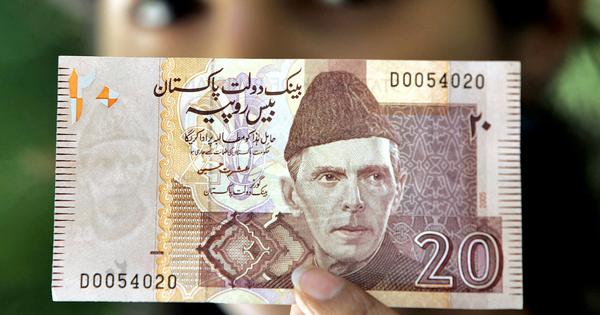 Which government is responsible for the economic crisis in Pakistan?

Pakistan is once again facing a severe economic crisis, with the usual debate over government accountability. The question is how to compare the performance of various governments if we are looking for a fair and non-partisan assessment. The purpose of this piece is to provide a framework.

The underlying causes of Pakistan’s recurrent crises are related to its low productivity and low level of investment. Using examples of high-growth countries, the country needs an investment/GDP close to 30% to grow by around 7%.

With Pakistan’s investment/GDP at about 15% and dismal productivity, it’s no wonder we can’t grow faster than about 4% without developing crisis-inducing deficits.

The only way to have sustainable growth is through reforms that improve productivity, reduce rent seeking, and reorient our economy from excessive consumption to higher savings and productive investment. But reform is more difficult and it is easier for governments to use ad hoc measures to pursue growth.

Worsening of the external debt

When the economy grows, rising consumption also increases our imports. As our foreign exchange earnings do not follow, we are facing a balance of payments crisis.

Such a crisis is marked by a rapid fall in the currency, which is inflationary, and the shock causes the growth rate to fall sharply. To prevent the currency from collapsing further, the interest rate must be increased, which is also restrictive.

The government is also forced to take austerity measures because an external deficit goes hand in hand with a budget deficit. Last but not least, money borrowed to stabilize the economy means more foreign debt.

Some people often blame governments and the International Monetary Fund for devaluing the currency. The reality, however, is that devaluation is a misnomer. The exchange rate is determined by the supply and demand for dollars. If Pakistan does not earn enough dollars to cover our imports, the Pakistani rupee is bound to fall.

The only way to keep the exchange rate fixed, despite a large external deficit, is for the State Bank of Pakistan to sell dollars in the market to make up for its shortage, assuming it has the dollars to sell. However, this is only a recipe for depleting reserves and worsening the external deficit by effectively subsidizing and encouraging imports. Therefore, when the reserves run out, the currency has a bigger drop. Such a policy is therefore similar to the proverbial “hundred onions and a hundred chitters”, since it does not save the currency and only drains foreign exchange reserves.

Every dollar sold in this senseless pursuit must eventually be re-borrowed, compounding the external debt. It is better to let the currency float freely or, even better, to keep it even slightly undervalued by buying dollars, which builds foreign exchange reserves and also maintains competitiveness while discouraging imports.

A government that inherits a massive external deficit from the previous one inevitably ends up being unfairly blamed for the sins of its predecessor, even by many analysts who should know better.

In contrast, a government that doesn’t inherit an external account mess is a lucky one because it doesn’t have to receive an incessant barrage of brickbats. For these reasons, when we assess the governments of Pakistan, we must avoid being deceived by symptoms.

Any government giving Pakistan high growth, low inflation and a stable Pakistani rupee without reforms and earning enough dollars to cover our imports is selling us snake oil which will inevitably end up suffering.

It is in this context that we should assess the performance of our governments. Of our four post-Musharraf governments, the Pakistan Peoples Party (2008), Pakistan Tehreek-e-Insaf (2018) and the Pakistan Democratic Movement (2022) have inherited serious external crises.

We can argue which of these crises was the worst, but the one lucky government that didn’t inherit a large current account deficit is the Pakistan Muslim League (N) (2013). So naturally the currency and growth didn’t suddenly crash after the Pakistan Muslim League (N) took over because it didn’t have to spend its first two years cleaning up after its predecessor’s external deficit .

Yet it has given Pakistan the kind of low inflation, stable exchange rate and high growth program that should immediately trigger our snake oil detector. Like other governments, it also did not carry out structural reforms. And he maintained the exchange rate not by making enough exports or attracting foreign investment to cover Pakistani imports, but by selling State Bank of Pakistan dollars in the market.

This gave Pakistan low inflation and consumption-driven growth with rising imports, creating a current account deficit of $19 billion for which the next government would take the bricks for the inevitable and painful outcome.

After leaving the economy with a massive external deficit in 2018, the Pakistan Muslim League (N) and its supporters have had fun bashing Pakistan Tehreek-e-Insaf and being completely illogical about the true origins of the crisis that they left to the latter. Today, the tables are turned, and now it’s the Pakistani Muslim League (N)’s turn to take a beating, with Pakistan’s Tehreek-e-Insaf gloating and scoring cheap runs.

The reality, however, is that if the Pakistan Muslim League (N) had won re-election in 2018, it would have more or less done what Pakistan Tehreek-e-Insaf did when it came to power, and economic indicators would have plummeted. roughly the same way. And if Pakistan Tehreek-e-Insaf had not been overthrown now, it would be doing more or less what the Pakistan Democratic Movement is doing in the next year and a half, with almost similar results. Tweedledum and Tweedledee aren’t all that different, despite what proponents say.

The underlying problems are cumulative and require deeper structural reforms, without which the economy cannot grow sustainably. Instead of drawing simplistic conclusions based on symptoms, Pakistan must call for reforms and challenge its governments whenever they give it a growth story without reforms and especially when they leave the economy with a massive external deficit. It is only when the country’s discourse moves in this direction that there can be momentum for reform and some hope that our economy will be repaired.

This article first appeared in Dawn.

Entrepreneurship is driving economic growth in India and globally